Bumper stickers fascinate me. A recent example was: “I support the separation of church and hate.” It seemed a political statement, and maybe it was for the car owner. 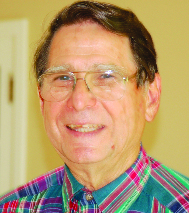 For me, it is a theological or doctrinal statement, identifying hate as fueling most civil wars and empire building.  Hate is based on fear, fear of challenge to power or doctrine. Doctrine has been a powerful tool to maintain control just as political ideology builds walls between certainty and reason.

Examples of carnage are not limited to one religious group against another, as in Israel versus Philistines, Catholic Inquisition against Jews, Muslim Turks versus Armenian Christians, or Serbs at Kosovo. Equally hateful and bloody are intra-faith conflicts; Sunni versus Shiite versus Alewite, Puritan versus Quaker, Protestant versus Catholic or even Protestant versus Protestant (‘kill the heretics’ or ‘kill the apostates.’)

Albert Lea has its own history of anti-Catholic and anti-Semitic sentiments, particularly in the 1920s, when the KKK was flourishing. The white-protestant, Anglo-Saxon male-dominant society enjoyed an unexamined contentedness with privilege and a disdain and fear of those who were different. I cannot find evidence of a physically violent KKK presence in Freeborn County, though intimidation is violence.

The first parade of the KKK in Minnesota was held in Albert Lea. Also thought to be the first Minnesota KKK ceremonial wedding was held Feb. 11, 1925, in Albert Lea: “All marched to the altar and formed around a large blazing cross — the only light in the room — where a Klansman ring ceremony was … performed.” At the foot of the cross were the Holy Bible and a great United States flag.

Robed Knights interrupted a dance in Myrtle.  A 19-year-old girl told her cousin that she was at that dance above a store on the main street of Myrtle. During the dance, two Albert Lea businessmen came up the stairs with their followers, all wearing sheets and hoods. One man uncovered his face, said a prayer, then told them to go back to their dancing.  She said it “frightened the life out of her!”

On other occasions crosses were burned in Glenville, Austin and on three Broadway corners in Albert Lea. The attraction of the KKK in that decade was Cross, Bible, family morality, belonging to the “better element” and large American flags. Recruiting was regularly done in Protestant churches. There was a strong emphasis on secrecy while proclaiming patriotism and calling for a return to morality. Hooded robes, initiation ceremonies, grand parade, grand titles and curtained windows of autos leaving the scenes of KKK gatherings were described in newspapers of Albert Lea, Austin, Owatonna, Northfield and Ellendale.

Lynching was common in the late 1860s, post-Civil War time. Three black circus workers were lynched in Duluth, June 1920, by a white mob. An estimated 10,000 gathered to watch. In the mid-20th century civil rights turbulence included KKK lynchings. The ’20s for the KKK was a popular social movement, a movement using the weapons of intimidation, fear and hate.

Our society continues to suffer hate, fostered by fear of change, fear of “the other,” fear of lost privilege, fear of erosion of long held beliefs, fear of being called un-American and fear of an uncertain future. I support “separation of church and hate.”

Thoburn F. Thompson is a member of the Albert Lea Human Rights Commisssion.