Know the difference between the kinds of outdoor cats

1. Indoor/outdoor or free roaming cats that roam neighborhoods — these are pets. 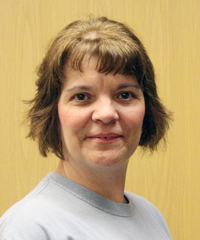 2. Stray cats. These cats were once pets but have become lost or abandoned, and they have learned to survive on their own or have joined feral cat colonies. These cats if captured can often be resocialized to humans, but their initial reaction to being captured is often panicked and unfriendly and they can be mistaken for feral.

3. Feral cats, which are generally one generation or more removed from being house pets and their offspring aren’t socialized to humans and can rarely be tamed. Their kittens if caught young can be pets. These outside cats face many dangers from being hit by cars to being attacked by other cats or dogs. They also are prey for some wildlife.

Another danger to these outside cats is the human, and this threat is the greatest to the most misunderstood cat of all the feral cat. Because feral cats don’t like humans and avoid them at all costs they are left to live their lives outdoors. This causes problems with them, and the humans who believe they should be indoors. These cats generally live close to a source of food, water and shelter. They generally live in colonies of like cats. They are hunters by natural design, so yes they hunt and kill birds, but they also kill mice and other rodents that are bothersome to humans.

Blaming the feral cat for the killing of all our songbirds is an easy thing for us to do. They can’t defend themselves against these accusations, and it’s much easier to blame the cats than to face the biggest threat to our songbirds — us. As our population around the world continues to grow so does the need to produce more food, hence more of our land will need to be turned into farmland to meet the crop demand to feed all these people.

The most disturbing aspect of all of this is the cruelty that is being inflected on these cats, and it is happening all over our area. Due to a lot of fear, ignorance, half-truths, and in some cases just a intense dislike for cats, these feral cats are being shot, poisoned, trapped and sold for research, or trapped and relocated to unfamiliar areas to face a certain death due to starvation.

What most people are not aware of is that all of these acts are happening in our own backyards by our friends, family members, neighbors, people in positions of power in our communities and the list goes on. I fail to understand why we would want to promote violence against another living creature and continue to teach our children the same.

It is against the law in all 50 states to knowingly harm a cat, including feral cats. I had heard different things pertaining to the laws in Minnesota so I spoke at length with the author of our own anti-cruelty legislation, and when she was writing the bill she assured me that feral cats were included.

Feral is not a cat breed — these cats are outside and feral due to irresponsible humans. While one may not like these outside cats we must accept at least for now that they are part of our landscape, and we must all continue to educate ourselves and our children about these cats and promote and teach that it’s OK and acceptable to be Minnesota nice to these outside cats. For additional information about feral cats please visit alleycatallies.org.

Dee Amberg is the unsocialized stray cat initiative coordinator for the Humane Society of Freeborn County.