Larry Alan Krueger, 61, of Eagle Lake, died unexpectedly of a heart attack Sunday, Sept. 30, 2012, in Albert Lea. Funeral services will be at 11 a.m. Saturday at Epiphany Lutheran Church in Eagle Lake. Visitation will be from 4 to 7 p.m. Friday at Bruss-Heitner Funeral Home in Wells as well as one hour prior to the service at the church on Saturday. The Rev. Mary Iverson will officiate. Interment will be in Rosehill Cemetery in Wells. Bruss-Heitner Funeral Home in Wells is in charge of arrangements. 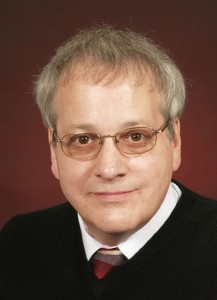 Larry spent his early life on the home farm in rural Albert Lea. In 1963 his family moved to Wells where his parents owned and operated the Golden Bubble Steakhouse and Ballroom. During his high school years he spent many hours working at the Bubble. He graduated from Wells High School in 1969, Mankato State College with a Bachelor of Science degree in history in 1973 and Mankato Area Vocational Technical Institute with a degree in accounting in 1979. After College he started work at Queen Products. From there he went to ITT Thorp Corp. both in Albert Lea. He was transferred to Mankato with Thorp. In 1979 he started working in the accounting field at Ben Deike Transfer and Storage in Mankato. In 1988 he moved to Northern States Power Co. and worked in the accounting department there until 1998 when he went to ESV Region V Computer Services helping various area school districts with their accounting systems. In 2000 he started work for the Le Sueur-Henderson Independent School District as the payroll clerk. From 2002 until present time Larry has been working in the accounting/payroll and benefits department for District 77 Mankato School System.

Larry loved spending time with Sandy, the love of his life. He had an amazing memory and a great love for history, whether he was reading, watching The History Channel or touring historical sites. He also enjoyed bowling on the Blue Earth County League with partners Kari and John, as well as playing like a kid with his grandnieces and grandnephews. Larry will be greatly missed by his family, friends and co-workers.

He was preceded in death by his parents; father-in-law Don Walk; niece Julie Krueger and many aunts and uncles.