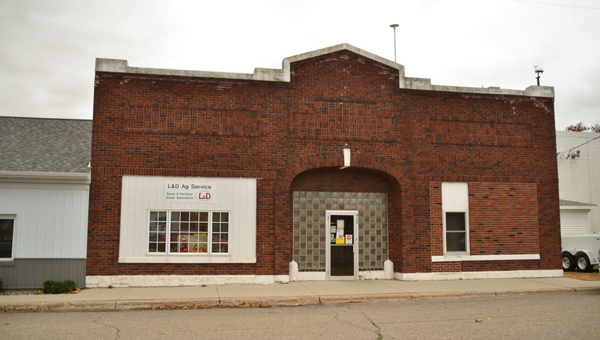 HARTLAND — It took his wife’s keen insight for Larry Nelson to expand his business, and it keeps expanding today. 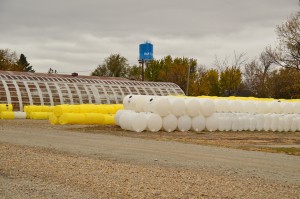 Though Nelson started L&D Ag Service in Freeborn in 1981, he moved the agricultural supplier to Hartland in 1990, only two years after marrying his wife in 1988. It was his wife who realized how successful the business was becoming.

“I couldn’t see that we were out of space, but my wife could,” said Nelson. “Sometimes it takes an outsider to point it out.”

Nancy told Larry that they needed to do something. The building they are currently in became available, and they decided to move the business there.

“We moved over here with four employees at the time,” said Nelson. “Within a year we were at eight or nine. And now we are at 27 employees.”

Growth has been steady ever since the business began more than 30 years ago, and when you have growth, expansion is needed. About a year ago, they added a warehouse a few blocks away to streamline the shipping and receiving operation, and they added about 50 percent more space to the warehouse earlier this year.

“Embracing the current trends in agriculture is what has pushed us along,” said Nelson. “That would included precision ag electronics, and providing products that don’t exist elsewhere.”

One of L&D Ag Services’ biggest movers is the ag electronics, or GPS systems farmers use to guide and manage their crops. 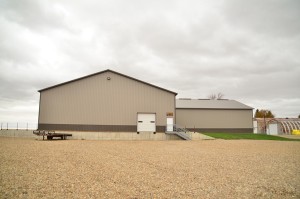 The newly expanded warehouse that sits about a block away from the main facility in Hartland.

“The ag electronics is what got us on the map,” said Nelson.

In 1996, the first yield monitoring devices were made available. This allowed farmers to see their crop yield as a live reading on a screen. It also allowed them to manage their crop and improve it for the next year.

Now, everything is PC based, which allows farmers to monitor yields, control planter and sprayer rates, turn the booms on and off, and steer the tractor or combine. These systems are constantly improving their accuracy, according to Nelson.

“Agriculture has embraced this GPS technology far quicker than the automobile and airplane industries,” said Nelson. “The more accuracy you want, the higher the price.”

Accuracy readings begin when crops are around 10 inches, and the higher caliber systems can get right down to the inch. When buying the high end models, you are getting better equipment as they use more satellites, Nelson said.

Another product that keeps L&D Ag Service thriving is the custom made fertilizer kits that they sell. These are sold all across the country from border to border and coast to coast.

“We sold fertilizer equipment in 25 states last year,” said Nelson. “We have steadily grown in that area since we started.”

Twenty years ago, L&D was making about six to 10 kits a year. Now, they are making about 450 kits in a year. With the growth of these kits, Nelson sees more expansion in the future. 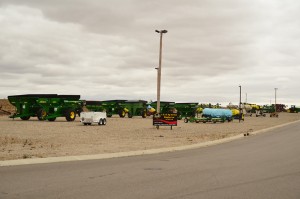 Newly acquired lot that sits across highway 13 that L&D Ag Service uses for display and staging of larger equipment.

Aside from Nelson’s ever growing business, he used to race at the local dirt tracks for about 25 years, and once won five feature races in a row at Chateau Raceway. Since he is past his prime, so to speak, he and his wife try to help current racers.

“All racers need help to be successful,” said Nelson. “We try to help those that we can.”

Of course, the Nelsons get more out of helping racers than just satisfaction. The L&D logo can be seen on numerous race cars in the southern Minnestoa and northern Iowa areas.