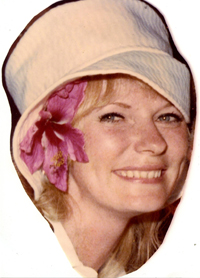 Linda Waldemar passed away on Sunday, Oct. 14, 2012, at Good Samaritan Society in Albert Lea. She was 65 years old.

Linda was born on June 2, 1947, to Chester and Valborg (Olson) Qualley. She was baptized and confirmed in the Grace Lutheran Church and graduated from Albert Lea High School. In 1964 she married Jerry Waldemar and together they had three children. She held various jobs in Albert Lea, but most recently was in reception at Mayo Clinic Health System.

Linda enjoyed photography, her Minnesota Twins and Vikings, dancing, reading, camping and watching the birds. She was a joyful spirit with a positive attitude who held her family and friends near and dear to her heart.

She is preceded in death by her parents; and brother, Dale Qualley.

Special thanks to Good Samaritan Society, Albert Lea Hospice, and especially to Maribeth Walton, for their compassion and care.