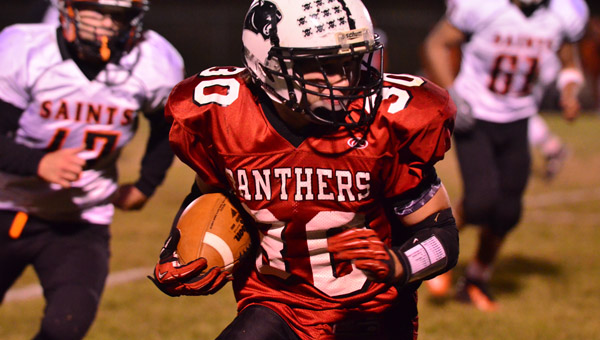 NEW RICHLAND — It was a brisk night for a Homecoming game Friday night in New Richland, which matched up the NHREG Panthers against the St. Charles Saints. With temperatures in the high 30s and a steady wind all night, it was tough to stay warm. 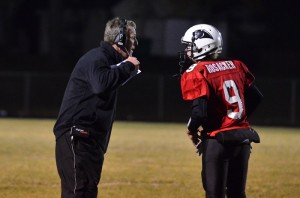 Claycomb continued his run of terror, after the Panthers got the ball back again, on a 4-yard touchdown run. He would then catch the 2-point conversion from quarterback Casey Rosacker to put the Panthers up 14-0.

“Brad Claycomb was a true workhorse,” said coach Dan Stork. “He carried the ball 51 times for 271 yards, and three TDs.”

The Saints got in the end zone to end the first quarter scoring with an 82-yard kickoff return touchdown by Zack Felker. The conversion failed, leaving the score at 14-6. There was no scoring in the second quarter. The teams each had two more possessions and neither team could mount up an attack.

The second half saw some scoring, starting with an interception of a Rosacker pass by Daniel Chavez for a 55-yard touchdown. The two-point conversion was good and the score was now tied 14-14. 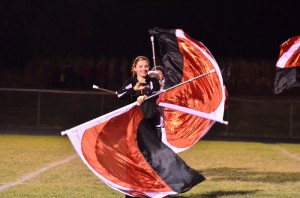 The Saints were penalized for unsportsmanlike conduct following the touchdown, which put the kickoff back another 15 yards. With that penalty and the fact that they were kicking into the wind, it would turn out to be beneficial for the Panthers.

The Panthers would get the ball on the Saints 44-yard line. With a flurry of runs by Claycomb and one 13-yard pass mixed in, it turned out to be a recipe for a touchdown. Once again, it was Claycomb hitting pay dirt for his third touchdown of the night. The conversion failed leaving the score at 20-14.

Each team would then punt in their next possessions before the Saints would hammer the ball down the throats of the Panthers with some big runs down the field. The Saints would go 60 yards on only five plays ending on a 30-yard Cody Ball touchdown run. The extra point was good putting the Saints up 21-20 to end the third quarter. 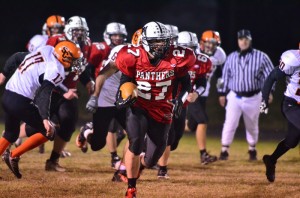 “We kind of stepped on our feet tonight, but we were able to overcome it,” said Stork. “The linemen played great and made some holes for Claycomb tonight.”

The Panthers responded in the fourth quarter with a scoring drive that was mixed well with both the run and the pass. The drive ended on a 4-yard touchdown pass from Rosacker to Dillon Parpart. Claycomb caught the 2-point conversion making the score 28-21.

The momentum shifted heavily toward the Panthers, while the Saints struggled to get anything going for the reminder of the game.

The Panthers scored on their next possession. Claycomb had a 45-yard run to get the team down the field. Rosacker ran it in from one yard out for the final score of the game. The 2-point conversion failed. The final score ended up 34-21. 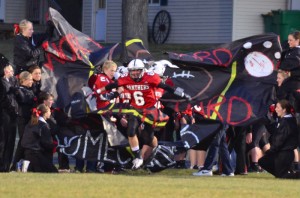 Spencer Tollefson leads the Panthers onto the field for their homecoming game against the Saints of St. Charles. The Panthers won the game 34-21. -- Buck Monson/Albert Lea Tribune

“Our kids played with a ton of heart and emotion tonight,” said Stork. “They left it all on the field, and that’s all we ever ask of them. Very, very proud of them.”

The Panthers recorded their first win to bring their record to 1-5 on the year. Next up is Maple River on Friday night.