Salvage yard is a family business 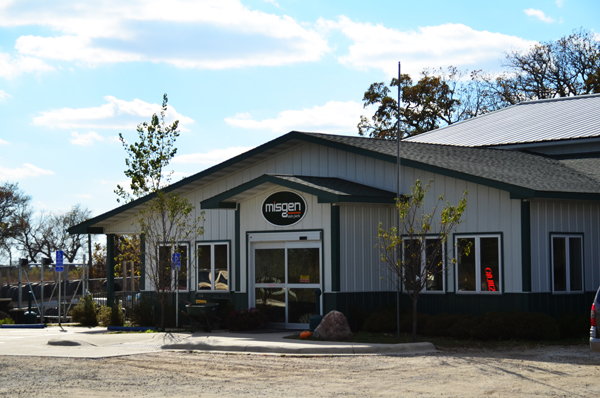 ELLENDALE — Most people don’t think much of a junk yard when they drive past them. But for some, it’s their way of life. 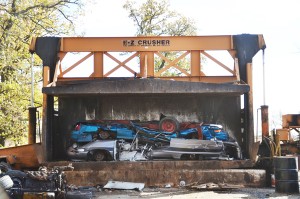 Misgen’s crushes around 100 cars a month.

Misgen’s is a family business that was started in 1973 by current owner, Jim Misgen, his mom and dad, Audrey and Frances.

In 1972, they were contracted by the government through the Highway Beautification Act to get the country cleaned up, especially around the highways, by 1976.

“They paid us a certain amount of money to clean up the county,” said Jim Misgen. “And that’s how we got started.”

They would go door to door and ask everyone if they had any old cars to get rid of, and then the crew would go and pick up the cars, trucks or whatever it may be, and drop them off at the junk yard.

“We had three different places we took them,” Misgen said. “We took them to Owatonna, to Hope and to Bixby. This took probably about a year to get the county cleaned up.” 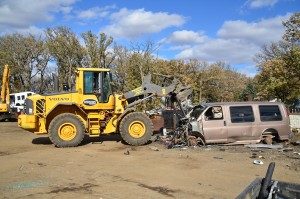 A vehicle getting ready to be transferred to the crusher.

It was around 900 cars that they picked up, and it took about a year to get the job done.

“We got so much per car just to pick them up, whether it was a body or a full car,” Misgen said.

When they were done cleaning up the county, Jim was just getting out of school. His dad, Frances, realized that this was a busy job and asked him if he wanted to go to college, or stay home and work to build the business.

“That was an easy decision,” Misgen said. “I’ll stay home and work.”

In 1973, the Misgens continued to clean up the county and bring the cars to the salvage yard they still occupy. They acquired their salvage permit and started Misgen’s Salvage.

The business has changed dramatically over the years. They started out just buying and crushing cars, and selling a few parts, too. In 1988, they installed the computer system and that changed how they managed the cars when they arrived. They would enter the vehicle identification number, or VIN, and then manually enter all of the parts that were usable on it as well. It was a time-consuming task, but made it more efficient when dealing with customers wanting certain parts. 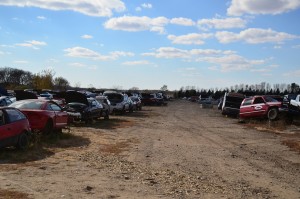 The U-Pull yard located at Misgen's Auto Parts in Ellendale.

They used to burn out the interiors of the cars because they would get an extra $2 for doing so. The cars crushed easier when they were burned, but because of concerns about the environment, they stopped burning them in the early 70s.

Their computer system has evolved over the years and is now a complicated system that links Misgen’s Auto Parts with the entire country’s auto parts dealers and salvage yards. They now just enter a VIN, and it tells them what car it is. They then inventory what parts are still good on the car, and it’s now available to pretty much anyone in North America.

“And it keeps track of how much you sell off of a car,” Misgen said. “So you know how much you can pay for the next one, or if you lost money or made money on the car.”

In recent years, they have added an area they call a U-Pull yard. It’s where they put cars for three to six months and where anyone can go in and pick parts off of a car or truck at an even rate, for example, all motors are $175, and all transmissions are $100, no matter what car or truck they come off.

About four years ago, they added a new office to help streamline the business.

“It’s so much bigger than the old office,” Misgen said. “This is a pretty nice addition.”

Misgen’s also has used cars for sale, including cars that have been wrecked but are fixable. They have another service in which they will come out to a farm and clean up all the metal in the woods. Or they can drop a roll-off and the customer can fill it. The customer would get the going rate of the metal at the time. Crushing cars is a big part of the business

Misgen’s was started as a family and continues to be a family run business. Of the 11 employees, six of them are in the family. Jim’s wife, Joann, and all five of their kids work there. Brenda, Jeremy, Nick, Dan and Matt, all have some form of work that they do at the yard.

The Misgens all live within a few miles of each other and get together to eat frequently.

Someday, the kids will take over the business and keep it in the family.