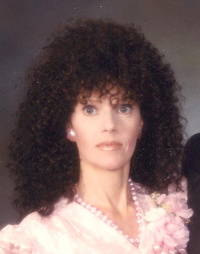 Susan graduated from Albert Lea High School in 1964 and has been a lifetime resident of Albert Lea.

She married Larry Weberg on Feb. 14, 1965, at First Lutheran Church, Albert Lea, where she has been a lifetime member. Susan enjoyed music. She played the drums with the  He and She band for 2 1/2 years and then played with K. Lee Stevens band. Susan enjoyed sewing, animals and especially enjoyed showing and raising dogs, music and singing. Susan enjoyed attending auctions and collecting things like antique sewing machines.

Susan is preceded in death by her mother Shirley Oman; mother and father-in-law Alvin and Opal Weberg.

Susan’s family would like to thank everyone for your love, prayers and support you  have given Susan when she was sick. Susan will be sadly missed by her family and friends.