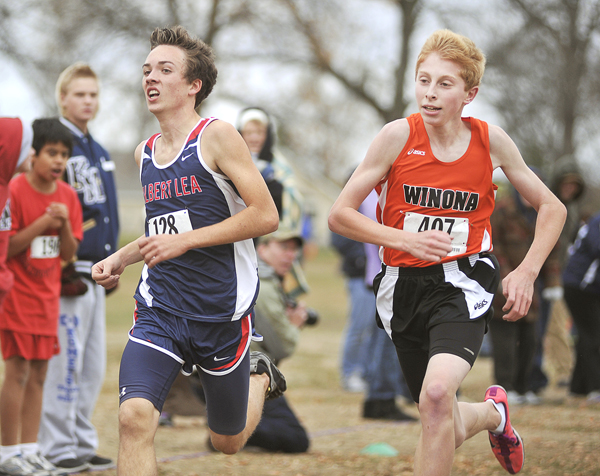 The Albert Lea boys’ and girls’ cross country teams competed in a seven-team meet in Austin on Tuesday and both took home a first-place finish.

Chrissy Monson led the girls’ team with a 15 minutes, 7 seconds finish while the other five girls packed up behind her and finished within five seconds of each other. All six of them ran season best times.

“This was a marvelous thing to see as it happens so rarely in cross country,” Tigers head coach Jim Haney said.

The boys’ team finished just four points ahead of Winona for first place.

“This was a huge confidence booster for the boys as they now know that they can be in the upper half of the Big Nine,” Haney said.

The boys’ team also packed up, but finished within 25 seconds of each other. The top seven runners all clocked season best times.

Logan Callahan was the boys’ No. 1 varsity runner for the first time and finished with a time of 17:16.

For full results, see the scoreboard.