What really is going on in Washington?

It has often been said that we get the government we deserve. That’s a collective “we,” of course, since most of the time our national elections are too close to call right up to Election Day. I want to suggest that the question should instead be, “Do our children and grandchildren get the kind of government theydeserve?” Reasonable folks might argue that they certainly do not. Here are some thoughts that, in my opinion, argue that we have really handicapped future generations. 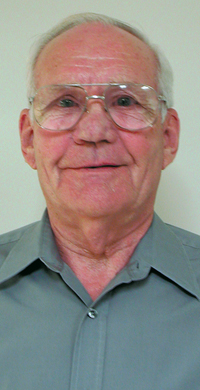 Present federal debt equals somewhere in the area of $50,000 for every man, woman and child in the United States.

Politicians of both political parties are busy pointing fingers at each other assigning blame. I don’t think that matters one bit since even if we could assign blame it will not make even one dollar of the debt disappear. In fact, we are not blameless because we as voters let our elected representatives promise all these things knowing full well government could give us all the things they promised only if they first took the money to pay for those promises from someone else or borrowed it or as they are doing now simply printing whatever dollars they needed.

Let’s look at just one part of the rapidly growing debt: entitlements. They are income maintenance, Medicaid, Medicare, Social Security, unemployment insurance and all others. The first four comprise about five-sixths of entitlements spending. The first two categories accounted for more than $650 billion in 2010. From 1960 to 2010 these outlays increased more than 30 fold or by over 7 percent per year. Entitlements for older Americans, Medicare, Social Security and other pension payments, worked out to even more by 2010, about $1.2 trillion. In real terms, these transfers multiplied by a factor of 12 over the period from 1960 to 2010 for an average growth of 5 percents per year. In 2010 alone, government at all levels oversaw a transfer of more than $2.2 trillion in money, goods and services. That burden came to slightly more than $7,200 for every person in America, a total of $29,000 for a family of four.

For purposes of this article I will concede that Republicans bear at least equal responsibility for this problem. But arguing over who did it doesn’t change anything. We are on an unsustainable fiscal path. With more than 50 percent of us receiving one or more government benefits, we are faced with admitting that we are so addicted to the flow of these benefits that we are willing to finance these “entitlements” by taking from a pool of citizens who can offer no resistance to such schemes: The unborn descendants of today’s entitlement-seeking population.

Meanwhile, Federal Reserve policy is causing a great deal of pain, with $22,000 invested at 4.5 percent five years ago would have earned $1,000 of taxable income. Today, it would take $3.3 million invested at 0.003 percent to earn that same $1,000 of taxable income. Those nearing retirement and seniors already retired are being badly hurt by current economic policy. Interest rates are being kept below-market rate by current Federal Reserve policy, which, in my opinion, is designed to help big banks and hedge funds. Stated policy is that it is intended to help business and home buyers, but we should not overlook the fact that it is retirees and savers that are paying dearly through lost interest income.

Recently I acquired a book titled, “The Creature from Jekyll Island,” which details how the Federal Reserve was established. Not many people are aware that this is not a federal agency, but it is in fact a creation of the banking system. It is named the Federal Reserve so that people would think it was a creation of the federal government. Federal Reserve Banks are privately owned banks that incidentally do not pay federal or state income taxes. The Federal Reserve under Ben Bernanke can print money at will and, in fact, is printing $40 billion a month to buy mortgage bonds, many of questionable value, from large banks for the purpose of increasing bank liquidity. The big banks in turn use this new cash to purchase U.S. treasury bonds to help finance the growing federal deficit.

You might ask, “Why is this important to me?”

The answer is you and I must someday pay the big banks when the treasury bond comes due. Now if all of this seems somewhat confusing, the politicians say, “Don’t worry about that, for it’s way in the future.” In the same way, Congress has financed many of its other projects. You have heard about the “Social Security lockbox,” which holds all the Social Security tax money you and I have paid in over the years. Well, actually Congress decided that it would use that money for other projects and replace it with government bonds. Guess what? Those bonds must be redeemed by future taxpayers (read children and grandchildren) when the funds are needed to pay retirees Social Security.

I think it is high time voters of all persuasions to wake up and smell the coffee. In my opinion, we average voters don’t stand a chance against the 4,500 high-paid lobbyists that swarm around Congress on a daily basis unless we educate ourselves about what is really going on in Washington, D.C.