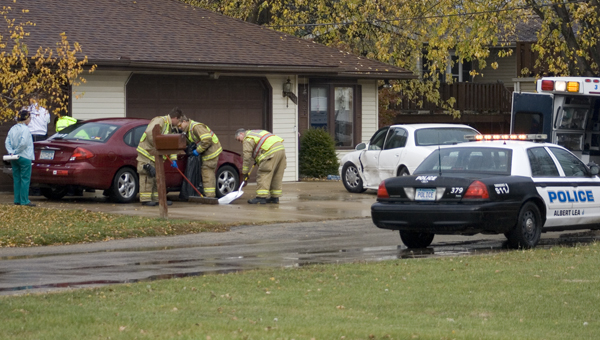 An 90-year-old Albert Lea woman was transported to Mayo Clinic Health System in Albert Lea Monday morning after a crash on Regency Lane in Albert Lea.

According to police, Phyllis Kathleen Mundale was backing out of her driveway in a 2002 Ford Taurus when she reportedly hit the accelerator instead of the brake and ran into another car, a 2004 Buick Century, in the driveway across the street.