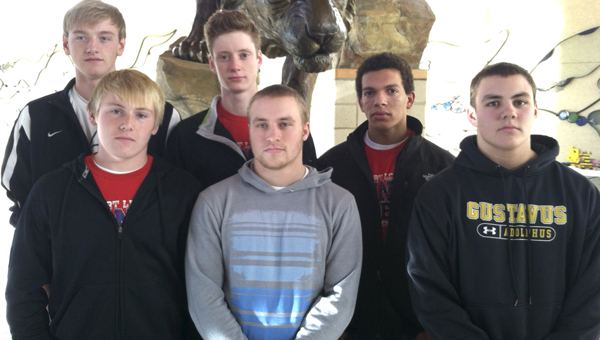 Burkard was the team’s quarterback who was 111-241 in passing, had 1,476 yards rushing and 11 touchdowns. According to Tigers coach Max Jeffrey Burkard holds a record of the most passing yards by a quarterback in Albert Lea.

Abben was 154-889 in rushing averaging 5.7 yards per carry. He scored 82 points on the season and was one of the top runners in the Big Nine Conference. The Tigers’ football team voted him Most Valuable Player.

Seuser is a second-year starter who will be counted on next year to lead on offense and defense.

Scherff was 47-794 receiving with five touchdowns. Jeffrey said Scherff’s size was often a mismatch for opposing teams on offense and defense.

See-Rockers was 33-533 receiving with six touchdowns. Jeffrey said he also had height that was an advantage for the Tigers.