Duplex fire believed to be arson 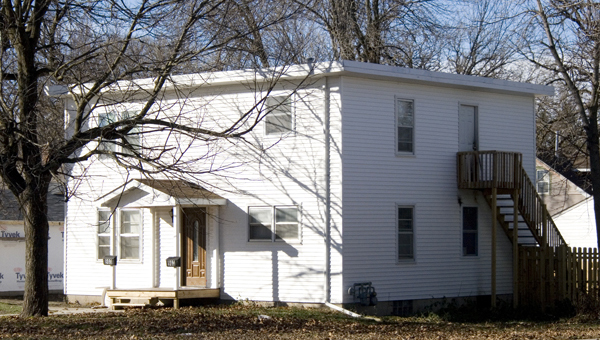 A fire was reported on the staircase of 903 1/2 Bridge Ave. Tuesday night. -- Sarah Stultz/Albert Lea Tribune

A fire reported Tuesday on the stairs of a duplex on Bridge Avenue is believed to be the result of arson, according to officials.

The fire remains under investigation and there are no suspects at this time, said Albert Lea Fire Department investigator Doug Johnson. The stairs were on the outside of the north end of the duplex and ascend to an upper level apartment.

Property owner Bob Ackland said a fire was started at both the bottom and top of the stairs, and a portion of the vinyl siding, trim, door and downstairs window were damaged. Damage was estimated at about $3,000.

Ackland said he received word of the fire just after 10:20 p.m. from a tenant in a neighboring property.

He sent his son over to the duplex that night, and then Ackland went there Wednesday morning to assess the damage. The smell of gasoline lingered and fire officials are testing some of the debris found at the site to confirm it, Ackland said.

He said he thinks the fire was started by someone who was mad with the tenant in the upper apartment.

A mother, father and four children live in the lower half of the duplex and the man and sometimes his daughter live in the upper level, he said.

“They’re going to find the guy who did it, that’s pretty sure,” Ackland said.