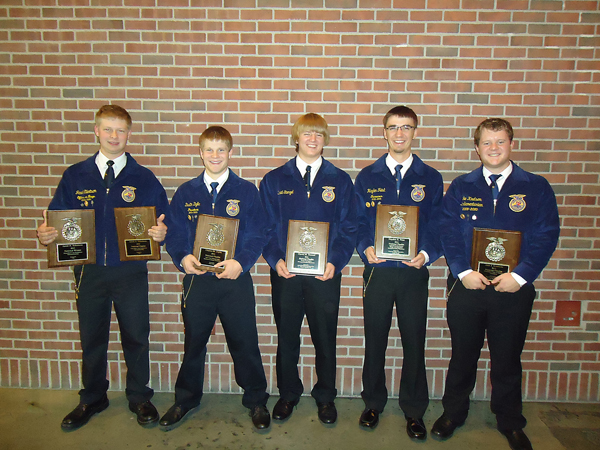 Four of the members already have graduated high school but still represent the USC FFA. Those four members are: Jared Eilertson, Hayden Fiest, Dustin Dylla and Jake Knutson. The other, David Stenzel, is a senior at USC high school. 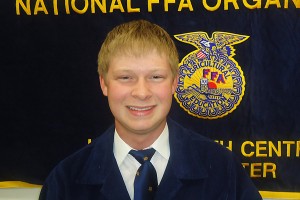 The members all took part in the National FFA Organization’s Agricultural Proficiency Awards program. This program recognizes outstanding student achievement in agribusiness gained through establishment of a new business, working for an existing company or otherwise gaining hands-on career experience. It serves as the award structure for an FFA member’s “supervised agricultural experience” that is designed to develop specialized skills in 49 categories that they can apply toward future careers.

All five were finalists in their respective category. Being a finalist means they had won in the state competition and were in the top four in the country in their category.

“For us to have five finalists in one year is phenomenal,” said USC FFA adviser, Dan Dylla. “We usually have one a year. Not always, but last year we had two, and then this year having five. We have a special group of kids.”

Of the five USC FFA finalists, one of them came back to Minnesota as the national winner. Jared Eilertson won the award in the diversified crop production, entrepreneurship category. Eilertson brought home $1,000 and a special plaque as well as having national winner on his resume.

Eilertson started driving a tractor when he was 8, realizing at that moment that he wanted a future in farming. Five years ago, he started renting a neighbor’s land, planting soybeans and corn. He yielded 176.8 bushels per acre of corn and 18.5 bushels per acre of soybeans. He also bales road ditches, sells hay and operates an ag commodities trucking business.

Eilertson follows in his brother’s footsteps. Tom Eilertson won the national award in a different category a few years ago.

“They have a pretty successful family as far as their kids being well established in farming,” said Dylla.

As for the other four members of the USC FFA, they all came home with $500 and a special finalist plaque.

Stenzel talked about his first trip to the FFA National Convention.

“I was pretty nervous when I went out in front of all of those people,” Stenzel said. “I didn’t win it, but I found out that it was a bigger deal than I thought it was.”