Memorial services for Michael Laverne Reese, 53, of Albert Lea will be at 2 p.m. Monday at Bayview/Freeborn Funeral Home. The Rev. Jim Rushton will officiate. Visitation will be Sunday from 4 to 6 p.m. at the funeral home. Online condolences are welcome at www.bayviewfuneral.com. 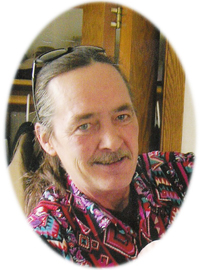 Michael LaVerne Reese was born on Sept. 21, 1959, in Albert Lea the son of LaVerne and Gail (Wallace) Reese. He attended school in Albert Lea and attended vocational school in the boiler maintence program. Mike knew many people and had many friends. He loved his family deeply, especially his daughter, son and grandchildren. Mike enjoyed working on cars, having built his first hot rod at the age of 15. Going to garage sales was a passion he had picking up bargains for everyone in the family. Mike loved little kids and so enjoyed teasing them. He was deeply rooted and seldom wandered far from his home on Clark Street.

Michael was preceded in death by his father and grandparents: Clarence and Dorothy Reese and Francis and Margaret Wallace.