Funeral services for Pauline Lundberg, 93, of Albert Lea, will be at 11 a.m. Saturday at the Bayview/Freeborn Funeral Home. The Rev. Richard Spande will officiate. Visitation will be one hour prior to the service. Interment will be in Union Cemetery, White Bear Lake at 11:30 a.m. Monday. Online condolences are welcome at www.bayviewfuneral.com. 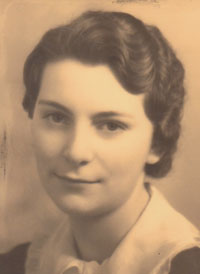 Pauline died on Tuesday, Nov. 20, 2012, at her home surrounded by her loving family.

Pauline Lundberg was born on April 18, 1919, in Lind, Wash., the daughter of Johann and Rosina (Pflugrath) Dammel. She grew up in Washington and graduated from Monroe Union High School in Monroe, Wash., in 1937. On Dec. 27, 1942, Pauline was united in marriage to Clark H. C. Lundberg in Orting, Wash. Pauline was employed as an EKG technician and a respiratory therapist. Pauline was a member of Lunder Lutheran Church and the Andover Seniors. She enjoyed genealogy, sewing, quilting, reading, raising chickens, goats and small farm animals, and attending rummage sales and flea markets. She was a 4-H leader and a wonderful, doting grandmother who always thought of everybody else, as everyone else came first.

Pauline was preceded in death by her parents, her husband Clark, her son and daughter-in-law Wayne (Nancy) Lundberg, brothers Carl and Walter Dammel, and brother-in-law Bill Dammel.

A special thank you to hospice and Helping Hands and to all the health care providers who worked with Pauline.