Ryan Michael Weisert, 25, of Northwood, died on Saturday, Nov. 24, 2012, as the result of a traffic accident. Funeral services will be at 11 a.m. Wednesday at the First Lutheran Church, Northwood, with the Rev. Wayne Hagen officiating.

Burial will be in the State Line Cemetery, rural Northwood. Visitation is scheduled for 4 to 8 p.m. today at Schroeder & Sites Funeral Home, Highway 65 S., Northwood, and one hour prior to service at the church. 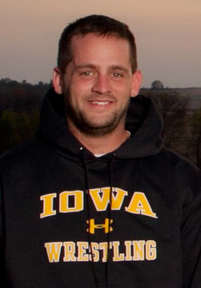 When young, he would be dressed in his blue jean overhauls, cowboy boots and cowboy hat and was going farming at grandpas. He attended Northwood-Kensett schools, graduating with the class of 2006, where he was involved in football (All-State selection), wrestling, track and baseball. He attended NIACC in the building trade program for one year and was employed by Kenison Construction of Northwood.

Ryan coached youth wrestling in Northwood since 2006. He enjoyed kids, frequently teasing and picking on them. He loved to hunt and his dogs, Drake and Benelli, were his pride and joy.

Every evening after work he stopped by his father’s shop for a Gatorade before heading out to work on friends’ projects. Ryan loved Hawkeye football and wrestling. He enjoyed snowmobiling, golfing and his Harley. He would tease his grandmother (constantly), stopping at Hy-Vee to visit and eating the sample pizzas she would be handing out.

Ryan’s gleam in his eye and smile on his face got him out of a lot of trouble.

He was preceded in death by his maternal grandmother, Joyce Willand; paternal grandfather, Harold Weisert; also his great-grandparents.