The peculiar geography of the U.S. electorate

For people who voted for Mitt Romney in the recent election, they are amazed that he lost because they don’t personally know many people who voted for him. Likewise for Obama supporters, they are puzzled that the margin of victory wasn’t higher, because they have few close acquaintances who voted for the other party. Like many recent presidential elections, this year’s was close in the popular vote. It is close because the candidates contort their positions to appeal to the broadest spectrum of the electorate, and there is an absence of viable third-party alternatives that would garner a significant portion of the voters. The reason that many find the closeness of the election amazing is that over time, we have segregated ourselves geographically into such like-minded clusters, that we are seldom exposed to people with differing political views. 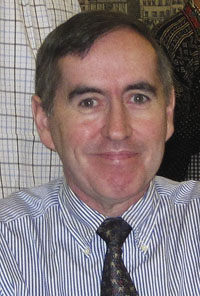 Because the U.S. election is actually a series of state-level winner-take-all, rather than a national popular vote, at the state level, there are a number of reliably-red or reliably-blue states and small number of swing states. Many of the either blue or red states have established themselves as such decades ago and have remained that way. Only those people residing in the small number of swing states receive any attention from presidential candidates. While the 2008 presidential election was seen as a watershed in American politics with the first election of an African-American president, the underlying geographic pattern of voting was actually rather similar to the several previous elections and remained so in 2012.

At the finer geographic scale of three thousand U.S. counties, there are even more reliably-red or reliably-blue counties, with often over three-quarters of the electorate in many counties casting ballots for one party. According to the Atlas of the 2008 Elections, reliably-red Republican counties are rural, small-population counties in the Great Plains, predominantly Mormon counties in Utah and neighboring states, and selected counties in the South. Reliably-blue Democratic counties can be found among black-majority counties across the South and Washington, D.C., and Indian reservations, counties with a major university, high-amenity counties on the West Coast, large metropolitan counties and the outlier state of Vermont.

At an even finer geographic level of neighborhoods, political party preference would be even more skewed toward one party or another. A major explanation for this is the high rate of mobility of the American population and how we end up residing near other like-minded persons. Currently, one-in-eight Americans move each year, which is down from the 1970s when one-in-five people changed their place of residence.

While there are myriad issues that cause people to vote for candidates from one party or the other, the range of issues can really be reduced to differing opinions as to the proper role of government in people’s lives, the place of the U.S. in the world, and a few moral issues such as abortion and gay marriage. People don’t usually select a place to live based on the political affiliation of neighbors but rather on lifestyle and other characteristics and amenities that then translate into political preferences. Knowing where a person stands one issue, one can with fairly reliably know that person’s political party affiliation and where they stand on a host of other major issues.

A number of recent studies have parsed the different types of neighborhoods or clusters across the country and tried to explain how we have become so polarized. The most prominent was “The Big Sort,” which showed how the sort, or segregation by lifestyle, was also a sort by political party affiliation and that this has become extreme since the 1970s. Not only are we self-segregating into like-minded clusters in the places we live, but also in the clubs we belong to, in the TV and radio stations we listen to, and in the newspaper and magazines we read. On TV, Fox News preaches to the converted conservatives while MSNBC occupies the same niche on the left, with CNN trying to hold onto viewers in the shrinking middle. We have become increasing less exposed to viewpoints that differ from our own as we don’t even know or associate with people who think differently from the way we do. Think of the last time you were at a party that was divided roughly equally between liberals and conservatives. Typically, any gathering of friends or acquaintances will result in 90 percent or more consisting of like-minded persons with similar views on a range of social and political issues. For the one or two oddballs who hold views that are opposite yours, you will not only not agree or understand them, you will likely question their mental stability.

This same segregation into opposite ends of the political spectrum is taking place in Congress as well, certainly in the House of Representatives, where redistricting creates safe and extreme districts. This partially explains the downturn in votes across party lines and the failure to enact any meaningful reforms, let alone an on-time federal budget. But these are the people we voted for, so we have the Congress we deserve.

The high levels of racial segregation in the U.S. seemed to have peaked and are subsiding but political segregation is increasing. One possible way to shift the political debate and expose to the country to different solutions would be to eliminate the Electoral College. This is unlikely to happen because of the high hurdle of needing a constitutional amendment to do so and vested interests in retaining it. However, eliminating the Electoral College and bringing more voters into the discussion could produce a different set of issues, different candidate, and different solutions. It’s something worth trying, since the current system doesn’t seem to be working.