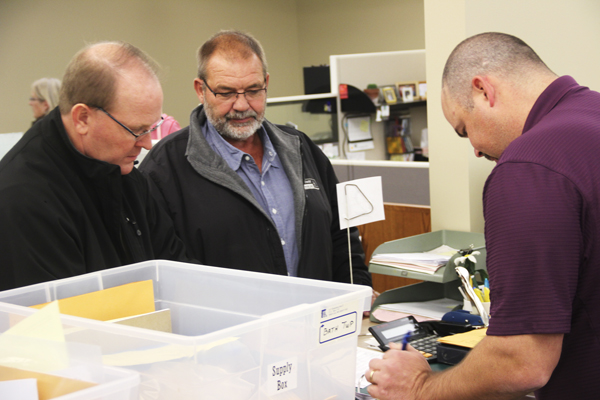 Before the election, Freeborn County Auditor-Treasurer Dennis Distad predicted 87 percent turnout, which is close to what the county has had in previous presidential elections.

The day started with lines at many polling places and continued throughout the day at some.

“It was nice to see that many people took the time out of their day to vote,” Distad said.

According to preliminary election results, there are 17,946 registered voters, and 16,819 people cast their ballots.

Same-day registration was reportedly up throughout the county, though exact numbers were not available as of Wednesday afternoon.

Distad did not have the number of absentee ballots received.

According to Minnesota Secretary of State Mark Ritchie, a record number of people — about 2.94 million — voted across the state in the Tuesday election.

However, because the Minnesota population is growing, the percentage of people who actually voted dropped to about 77 percent, down from 78 percent in 2008.

Minnesota’s highest general election turnout was in 1956, when 83 percent of registered voters participated.