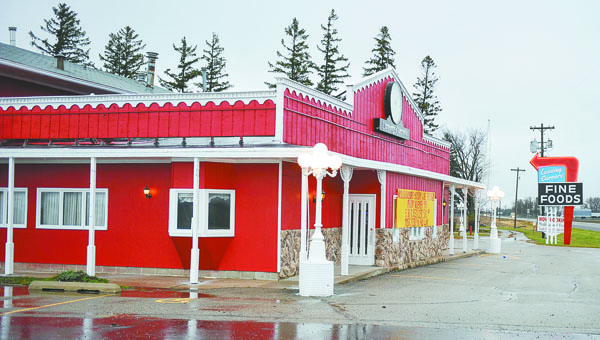 A shooting took place at the Lansing Corners Event Center Saturday night. The event center, open since March, is about four miles north of Austin on the corner of Highway 218 and County Road 2. -- Eric Johnson/ Albert Lea Tribune

LANSING — Mayhem broke out at a hip-hop teen dance of more than 100 people Saturday night, as five people were shot, including two from Austin. No one is in custody, Mower County Sheriff Terese Amazi said.

Two victims are in critical condition after the shooting, which took place around midnight at the Lansing Corners Event Center, about four miles north of Austin on the corner of Highway 218 and Mower County Highway 2.

Law enforcement investigates the southbound shoulder of Highway 218 just south of the Lansing Corners Event Center Sunday. Five people were shot Saturday night at a teen dance at the event center. Two victims are in critical condition, and two others are from Austin. Authorities don’t have anyone in custody. -- Eric Johnson

Authorities didn’t release the names of the victims. All five are being or were treated at St. Marys Hospital in Rochester.

Amazi said investigators interviewed many witnesses, with all saying, “I didn’t see anything.” Without cooperation, this case will stall soon, she said. Amazi urges anyone with information to call the Sheriff’s Office at 507-437-9400 or 800-437-9409.

Dustin Plank and his family heard the commotion from their home near Lansing Corners. Plank said he thought someone was banging at the door, but his wife said it sounded like gunfire. Once Plank went outside, he heard people yelling and saw people leaving the event center.

He said he saw “cars peeling out like crazy.”

The family stayed indoors after that, only answering when police asked them questions, according to Plank.

Ari Kolas, a co-owner of Lansing Corners, said the property was being rented for a private event Saturday evening, but he was in Rochester when the shooting happened. Dave Olson, the other owner, said he was there, but was cleaning up inside and didn’t see anything.

Lansing Corners, formerly a diner, sat vacant from 2008 until March of this year, when Olson and Kolas turned it into an event center to host wedding receptions, graduation parties, business functions and other special events. Lansing Corners originally opened in 1938 as a gas station and diner.

This is the second shooting in three days near Lansing. On Thursday, a 30-year-old woman was reportedly shot in the face as she drove away from a home four miles northeast of Lansing. Authorities believe the shootings are unrelated.

The Minnesota Bureau of Criminal Apprehension is assisting the investigation, but is deferring all questions to the Mower County Sheriff’s Office.

—Jason Schoonover and Trey Mewes contributed to this report.