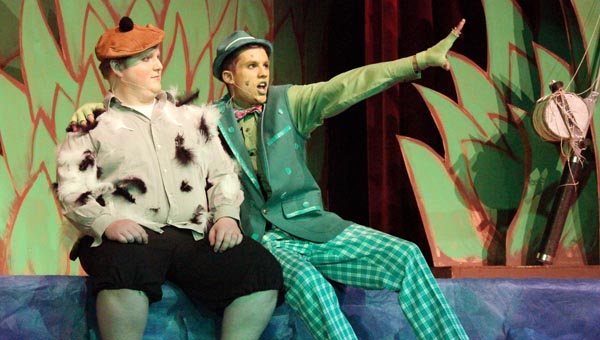 It’s what’s on the inside that counts, and that’s what one ugly duckling learns in Albert Lea High School’s fall musical “Honk!”

The show follows the classic Hans Christian Andersen story “The Ugly Duckling,” set to music. The audience follows Ugly as he meets many different animals who teach him it’s OK to be different. 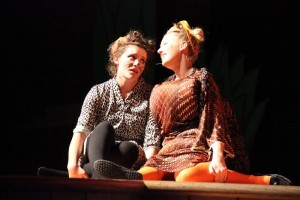 The student who plays Ugly, junior Jordan Vano, said he was excited to be part of the show. His favorite scene is alongside Preston Smith, who plays Bullfrog, as they sing about finding someone who loves you warts and all. Vano said the moral of the story is pretty easy to understand.

“You realize even if you’re ugly someone’s going to find you and love you,” Vano said.

Senior Ella Otten plays Maureen and said older audience members will be amused by the poultry jokes and other humorous scenarios.

Her favorite scenes include the one featuring Ugly and the Bullfrog singing together and the scene with the geese. Director Grimmius said the students have been hard at work since September. 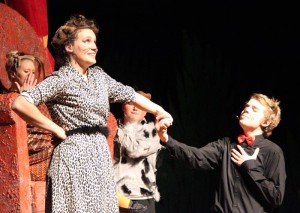 “The whole cast is on stage a lot of the time, which is great for gaining that experience,” Grimmius said.

She and co-director Diane Heaney have been working together with the large cast of 43, pit crew of eight and technical crew of six. It’s the 30th fall musical for Heaney, who focused on the pit, music, choreography and more. Grimmius the students have had fun transforming into their animal characters.

“I think they have been having fun becoming their animal characters,” Grimmius said. “There are not humans in the show, only animals.”

The set was designed under the direction of John Fure. Grimmius said he created a great set where everything is bigger so it looks like it’s from an animal’s perspective. The show is a comedy and is recommended for children ages 5 and above. 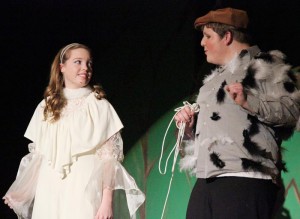 “It’s been a few years since we have done a family-focused show, and I like offering that option to our community,” Grimmius said. “It’s a great way to start exposing your children to the arts.”

Tickets, please
What: ALHS fall musical “Honk!”
Where: High school auditorium
When: 7:30 p.m. today, Friday and Saturday
How much: $5 for students and $7 for adults; tickets are available at the door and in advance at Addie’s Floral & Gift 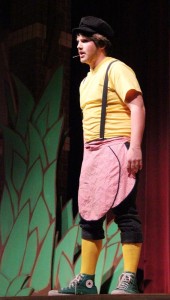 Tanner Shaft sings to the crowd at a dress rehearsal Wednesday. Senior citizens and third-graders from the district got a sneak peek at the show. -- Kelli Lageson/Albert Lea Tribune