Funeral services for Harold Vernon Westrum, 85, will be at 10:30 a.m. Saturday at First Lutheran Church of Glenville. The Rev. Jim Rushton will officiate. Interment will be in Hillcrest Cemetery. Visitation will be from 5 to 7 p.m. Friday at the Bayview/Freeborn Funeral Home and one hour prior to the time of the service at the church on Saturday. Online condolences are welcome at www.bayviewfuneral.com. 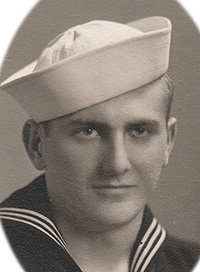 Harold Vernon Westrum was born on Jan. 11, 1927, in Hayward Township, the son of Victor and Olive (Johnson) Westrum. He grew up in rural Glenville, attended District 35 country school and graduated from Albert Lea High School. During World War II, Harold served his country in the U.S. Navy from January 1945 until his discharge in July 1946. On Nov. 2, 1946, Harold was united in marriage to Gladys Granholt in Hayward. Harold spent his working career as both a farmer and a welder and inventor. He was a member of First Lutheran Church of Glenville. Hobbies Harold enjoyed include traveling, building things and improving and re-making things. He also enjoyed playing cards and pool. Blessed be his memory.

Harold was preceded in death by his parents Olive and Vic Westrum and by his grandson Phillip Westrum.