A celebration of life for John Paul Christensen, 38, of Ellendale, will be at 10 a.m. Saturday at Central Freeborn Lutheran Church, rural Albert Lea. The Rev. Matt Griggs will officiate. Interment will be in North Freeborn Cemetery.

Visitation will be from 4 to 8 p.m. Friday at Bonnerup Funeral Service, Ellendale, and one hour before the service at the church. 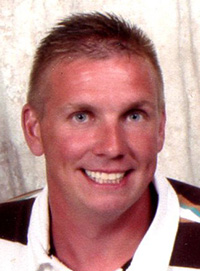 He was born on May 17, 1974, in Owatonna, the son of John Christensen and Lynn Njos. Strong in faith, John had been baptized and then later confirmed at North Freeborn Lutheran Church.

He graduated from Ellendale High School with the class of 1993, he continued on to obtain his degree from Riverland Technical College in Austin.

John was a hard and dedicated worker in the construction business. He was all about surrounding himself with people and socializing. John was a very loyal friend.

His son, Caden, was the center of his life. Their love went beyond father and son, they were best friends and playmates. They share the same infectious smile and mischievous twinkle in their eyes. Together, John and Caden enjoyed searching for adventure on the farm, catching minnows and laughing with friends.

He was preceded in death by his grandparents Orla and Virgil Christensen and Dale Njos and his aunt Connie Njos.

Rest in eternal peace, Johnny, you will forever live in our hearts!