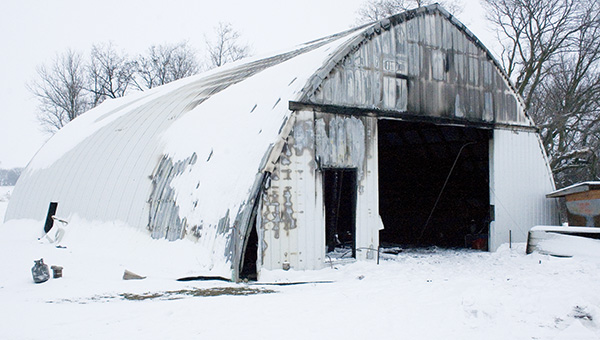 According to the Freeborn County Sheriff’s Office, authorities were alerted to the fire at 18102 690th Ave. at about 7:53 p.m.

Chief Deputy Glen Strom said the owners of the shed, Albert Lea police officer Ryan Merkouris and his wife, Janelle, were home at the time but were unaware of the fire until they started seeing cars stopping outside of their residence who had pulled over to see what was happening.

Strom said a Chevy pickup and other equipment were damaged from the fire.

The cause of the fire is unknown.

Janelle Merkouris said the family now must begin the task of cleaning up and taking note of what was lost.

She said she was glad no one was hurt.