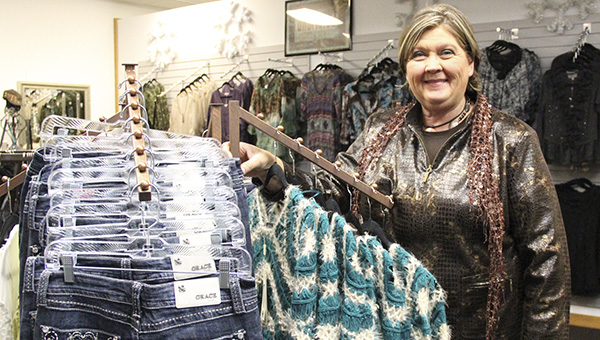 A mother and daughter duo are hoping to bring their sense of style to the people of Albert Lea. 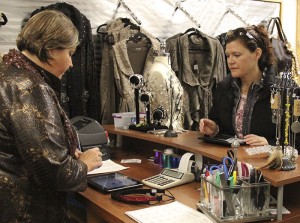 Ann Herman, of Alden, and her daughter Jennifer VanHal opened The Unbridled Boutique in Northbridge Mall on Dec. 6. But the name isn’t new — they’re calling it a mobile boutique. They’ve taken their wares to trade shows in the past but are now trying out a storefront.

“We rented a space for the Christmas season,” Herman said. “It’s been working out very well.”

Herman said she and her daughter have considered keeping the store where it is, and Herman has been in talks with mall management to ask about a lease agreement. 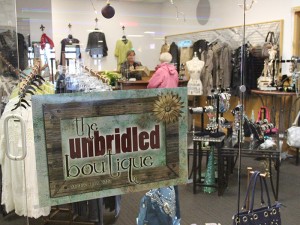 They first wanted to go into business together after going to horse shows and trade shows. They would buy merchandise from vendors and then get asked by their friends where they could purchase clothes and accessories like that. So the two decided they would try buying clothes and accessories they liked from manufacturers and then sell it themselves in southern Minnesota.

“We get a lot of good comments,” Herman said. “People look in and are surprised and say ‘Oh, this is so nice.’” 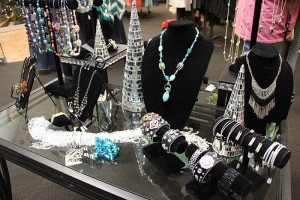 “A lot of our really blingy jewelry is gone,” Herman said. “We like to get things that put sparkle in your life.”

Another goal is to not have too many of each piece. Herman said they like to only order four to six of each item so that there’s a lot of variety in the store. With purses and jewelry there’s often only one in stock. 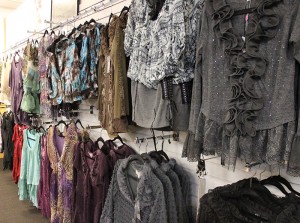 A wall of different pieces of clothing is shown at The Unbridled Boutique at Northbridge Mall. -- Kelli Lageson/Albert Lea Tribune

“You’re unique when you have our stuff,” Herman said.

The store will be closed this week for the holidays. It will reopen from 10 a.m. to 9 p.m. Jan. 4, 10 a.m. to 6 p.m. Jan. 5 and from noon to 5 p.m. Jan. 6. Then for the month of January Herman and her daughter will travel to trade shows and pick out clothing for the spring season. Herman suggests people follow the store’s Facebook page for updates on its whereabouts.