Funeral services for Raymond Tovar will be at 10:30 a.m. Monday at St. Theodore Catholic Church. The Rev. Timothy Reker and Deacon Mike Ellis will officiate. Interment will be at St. Theodore Cemetery. Military honors will be accorded by local servicemen’s organizations. Visitation will be from 4 to 6 p.m. Sunday at Bayview/Freeborn Funeral Home and one hour prior to the service at the church. Online condolences are welcome at www.bayviewfuneral.com. 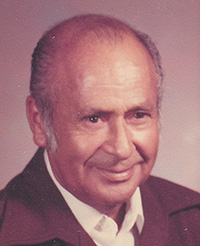 Raymond Elvira Tovar was born Oct. 27, 1923, to Clemente E. and Antonia (Perez) Tovar in Dennison, Texas. Ray spent his early childhood in Texas and moved to Minnesota with his family at the age of 5. He attended Albert Lea High School. Ray served his country in the United States Army. He was stationed in Germany during World War II. On March 29, 1954, Ray was united in marriage to Alvina Jane Nesset in Albert Lea. He worked at Wilson & Co. for many years and delivered the Albert Lea Tribune to rural routes. Ray was a member of St. Theodore Catholic Church and a lifetime member of the VFW. He enjoyed playing softball; he was a pitcher. He also coached Little League baseball for two years. Ray also liked to play the harmonica, play bingo, card games and marbles with his family and friends. He enjoyed many years working at the Freeborn County Fair. Most of all Ray enjoyed playing with his grandchildren and great-grandchildren.