Rebounding for the win 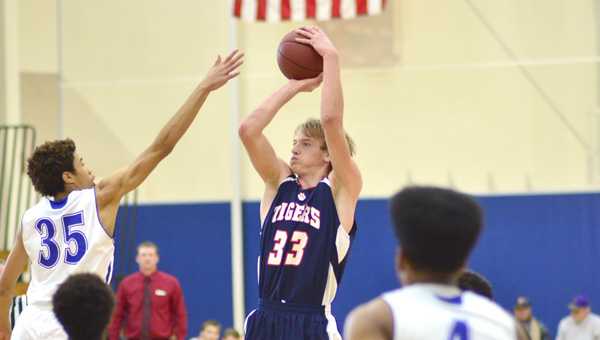 The Albert Lea boys’ basketball team took on Metro Tech Career Academy on Saturday. The Tigers defeated the Warriors by a score of 72-46 to improve to 4-2 on the year.

“I thought we got a lot of the hustle plays and loose balls and tips,” Tigers head coach Lucas Kreuscher said. “We controlled the paint better defensively. They’re a good dribble and drive team, and I thought we did a good job of cutting them off for the most part.” 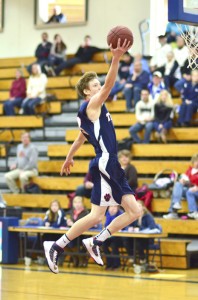 The Warriors were the first to light up the scoreboard in the game with a layup and a 3-pointer to start. After a couple of misses by Tyler Vandenheuvel, Albert Lea finally got on the board with an offensive rebound that was put back in by Miles Erdman. After a free throw by Cody Scherff was made, Vandenheuvel connected from 3-point range to put the Tigers up 6-5.

“We wanted to make sure we got back on defense in transition,” Kreuscher said. “We gave up a lay up right away to start the game, and after that we were pretty decent on transition defense.”

The Warriors answered with five points of their own to retake the lead 10-6. Vandenheuvel hit another 3-pointer to start a nine-point run by the Tigers. The Warriors made their final run of the game and put up five more points to bring them within one of the Tigers at 17-16. The Tigers took over the game at that point and never really let up.

“Our guys feel that we are a better defense than what we are giving up, so they are determined to see the results on paper a little more,” Kreuscher said. “I thought we did a good job of making them go to a second or third option. They were never really in rhythm.”

Kreuscher said the key to defense is getting the opposing team “on their heels a little bit.”

“It makes it frustrating for them,” he added.

The Tigers went on a 19-2 run to widen their lead at 36-18 and held on to a 46-25 lead at the half. Vandenheuvel had 12 points in the first half to lead the team followed by Dylan See-Rockers and Erdman with 10 points each.

“Dylan looked really good, especially in the first half. He was picking and choosing his spots where to attack,” Kreuscher said. “Tyler Shaw gave us some really good minutes, good passing and good offensive rebounds.”

The Tigers started the second half the same way they finished the first half with a 20-4 run that brought them all the way down to about two minutes left in the game. Offensive rebounds were plenty for the Tigers with Scherff grabbing nine and Erdman ending up with six for the game.

“I thought our big guys rebounded well,” Kreuscher said. “We had three guys with double-doubles, Miles, Cody and Dylan.”

The Tigers had a total of 47 rebounds in the game. Another notable statistic for the Tigers was that they only allowed 11 successful field goals by the Warriors for the game, one being a 3-pointer.

“We controlled the glass; we had 22 offensive rebounds,” Kreuscher said. “I was really happy with how we rebounded.”

With about six or seven minutes to go in the game, Kreuscher was able to get his bench players some time in the game. The starters all received ovations as they exited the game.

“I thought everybody that came in played well and that’s kind of where we are going, playing nine to 10 guys,” Kreuscher said. “That’s what it’s going to take to compete in the Big Nine.

According to Kreuscher, the team’s continued focus is building its depth.

“Today was a good step toward that,” he said.

The reserves held their own for the remainder of the game and the team finished with a 26-point win over the Warriors.

The Tigers next game will be a home game Friday against Mankato East.