Suspected arson home to be demolished 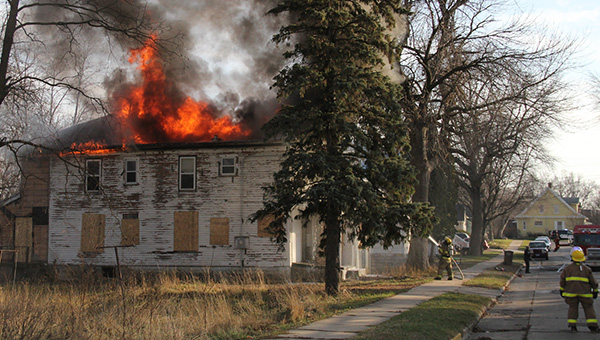 A home damaged irreparably by what police and fire investigators suspect was arson by teenage boys is slated to be demolished.

On Monday the Albert Lea City Council approved the demolition of the home at 318 Winter Ave. that was damaged by fire on Nov. 18.

The abandoned home had previously been condemned by the city for its structural integrity; however, the house is owned by Freeborn County as a result of tax forfeiture. It was also the site of a former methamphetamine lab.

The demolition is expected to cost about $15,000. City Manager Chad Adams said Freeborn County will consider paying $5,000 of the cost, and the remaining $10,000 will likely be assessed against the property.