University research sells out to business

In 1862, the federal government created the land-grant university system to produce critical agricultural research. Since then, America has relied on these schools to inform and guide independent scientific advances in areas like food production and energy development. 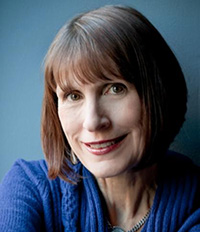 Yet public funding for that kind of research has eroded over recent decades, and these schools have turned to corporations to augment their budgets. The consequences of increasing dependence on profit-driven research in academia are becoming troublingly clear. The recent exposure of numerous sham scientific reports generated by biased individuals at supposedly objective institutions should draw intense public scrutiny to this new era of corporate-funded science.

While drug makers and other industries have spent heavily in academia for years, a relatively new player in corporate-influenced “research” is the natural gas business. Awareness has grown recently of the serious environmental and health dangers associated with fracking — the highly controversial drilling process that has opened up millions of acres of domestic land to shale gas production by blasting water and toxic chemicals underground at great pressures. In response, the industry has become extremely aggressive in its attempts to influence academic reporting on the subject.

Consider the State University of New York at Buffalo and its now-defunct Shale Resources and Society Institute. In May, the institute released a report claiming that improving technologies and updated regulations were making fracking safe. But to SUNY Buffalo faculty, students, and community members, something smelled fishy. The nonprofit Public Accountability Initiative, based in Buffalo, scrutinized the report and did some additional digging. What it found was alarming.

Despite the report’s conclusion stating the contrary, an analysis of its data actually showed that gas fracking is causing more environmental contamination than ever. Even more telling, researchers determined that the report’s authors had all done previous work directly funded by the oil and gas industry, and that significant portions of the report had been copied directly from a previous industry-funded paper.

Under intense pressure from the university community, including the Board of Trustees, the institute that had released the skewed report was shut down by SUNY Buffalo’s president in November.

An isolated incident? No. The University of Texas at Austin announced on Dec. 6 that the head of its Energy Institute had resigned over allegations of conflicts of interest, ethics violations and industry influence regarding another pro-fracking study its institute had released in February. In the fallout, the university is currently updating its conflict-of-interest policies.

As for agriculture, corporate influence now appears to be routine. Beginning in 1982 with the Bayh-Dole Act, our land-grant schools have been encouraged to partner heavily with the private sector. By 2010, almost a quarter of all the grant money for agricultural research came from industry, with companies like Walmart, Monsanto, Cargill, Tyson Foods, Coca-Cola, and McDonald’s receiving unencumbered access and exerting great influence on many campuses nationwide.

The integrity of the “science” produced under this funding regime is troubling, but not surprising. The nutrition school at the University of California, Davis is researching the health benefits of chocolate with funding from the Mars candy corporation. A study supported by the National Soft Drink Association found that soda consumption by school children wasn’t linked to obesity. An Egg Nutrition Center-sponsored study determined that frequent egg consumption didn’t increase cholesterol levels.

More broadly, corporate funding steers agricultural research toward the goals of industry. It discourages independent analyses that might be critical of the many hormones used in industrial meat and poultry production, and genetically engineered crops that are now widely grown.

With the health and safety of our families and our communities hanging in the balance, it’s time to demand more transparency and less corporate influence from our research universities.

Wenonah Hauter is the executive director of Food & Water Watch. Its website is www.foodandwaterwatch.org.