Walter Anderson peacefully left his earthly home on Friday, Dec. 21, 2012, at the age of 87 years. A memorial service will be at 11 a.m. Saturday at the Freeborn Congregational Church. Visitation will be held one hour before the service at the church. Interment will be at a later time at the Freeborn Cemetery. 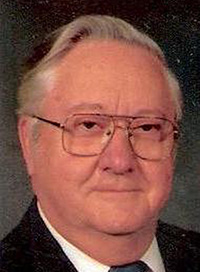 Walter Peter Anderson was born on June 13, 1925, to Andrew and Carrie (Nofksgar) Anderson near Matawan. Walt was the sixth of seven children, growing up in the Freeborn and Matawan area. Walt spent his entire life in the Freeborn area. He married his high school sweetheart, Dorothy Quinn, on July 3, 1945. Together they had one son, Terry.

Walt and Dorothy opened Anderson’s Grocery in 1946, where they worked until their retirement in 1985. They worked side by side in the store, six days a week, 12 hours a day for 41 years. Some of his happiest times were when someone would bring in a new baby. He would weigh and then of course hold the babies. Walt and Dorothy enjoyed all the kids coming to the store for snacks at lunch time and after school when the Freeborn School was still in town. Most of his nieces and nephews have stories of going to the store and Walt feeding them candy, sometimes until they couldn’t eat any more! After retiring from the store, Walt and Dorothy enjoyed traveling on bus trips around the country, to Duluth and to Las Vegas. You could often see them biking around Freeborn or going for car rides on a Sunday afternoon.

Walt was extremely interested in the history of the Freeborn area and its people. He became a source of information about the area for anyone asking. Walt was known to collect pictures, newspaper clippings and other memorabilia. If you came in the store and asked about a building in the area or any of the people, he would take out his suitcase of pictures and tell stories of them. Most of his pictures and much of the memorabilia he collected throughout the years was donated to the Freeborn Historical Society.

Walt is survived by Terry and Virginia Anderson of Rochester; Gretchen, Marty and Emma Zinsli of Owatonna; Eric, Laura and Toby Anderson of Westminster, Colo., and special friend Lorraine Dillavou of Freeborn. He is also survived by brothers George Anderson, Russ and Avis Anderson, brother in law Eddie and Doris Quinn, many nieces, nephews, cousins and loved ones.

The family would like to extend our sincerest thanks for Walt’s caregivers at Oak Park Place and especially Clare Bridge of Owatonna for the compassionate and loving care they extended toward Walt and his family. We are also grateful for the pastoral care from Deacon Steve Judd and Father Michael Tippett of St. Paul’s Episcopal Church in Owatonna and a special thank you to Pastor Lisa Kipp for all her support over the years.

In lieu of flowers, memorials can be designated to the Freeborn Cemetery Fund or the Freeborn Historical Society.