Emma Anderson and Mark Habben, both of Albert Lea, were married at 4 p.m. Aug. 10, 2012, in Negril, Jamaica. John Anderson, father of the bride, performed the double-ring ceremony. 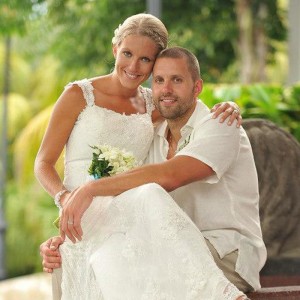 The groom’s parents are Darv and Marcia Habben of Albert Lea. Grandparents are Rod and Arlene Rollins of Waldorf and the late Herbert and Eileen Habben of Buffalo Lake.

The bride graduated from the University of Minnesota in Minneapolis. She is a fifth-grade teacher in Albert Lea.

The groom graduated from St. Cloud State University. He is a salesman at Crossroads Trailer in Albert Lea.

A reception was held at the Riu Tropical Bay in Negril, Jamaica. Thirty-four guests joined the couple in Jamaica for the wedding.