Why would God allow such a horrific act?

As I was glued to the television, I felt, perhaps for the first time, truly helpless. Seeing young people running out of the school, huddled together in a steady stream, escorted by men who more resembled soldiers than police officers, I saw horror on children’s faces. I saw shock in parents’ eyes as they scanned war-like carnage for their sons and daughters, and I dared not believe what my eyes were confirming. 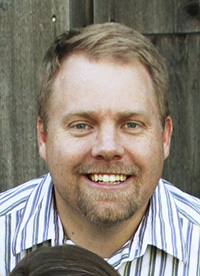 This, however, is not a memory from last Friday’s Newtown school shooting, but from 13 years ago. I am a 1997 graduate of Columbine High School and those faces I was watching were those of friends, teammates and teachers fleeing my alma mater in April of 1999. I remember being a thousand miles away in college, not knowing if the victims were from my youth group or neighborhood, and lying awake that night, full of simultaneous guilt and relief. I asked God why I was spared, simply by virtue of my birthday. As details unfolded, I grieved to realize I had known some of the victims, and even the perpetrators, of this heinous crime. For me, these were not just pictures or names.

This past Friday I was, again, glued to a screen watching horrific scenes that were all-too familiar. I took a break from the ghastly news feed to attend my daughter’s holiday program at her elementary school: a school not unlike Sandy Hook. I paused for a moment, lost in the strange symmetry of it all. Feeling the same emotions, but this time as a father myself, my heart broke for the families of the lost. That close-knit community will be forced to deal with things few others do; I know this to be true.

As a theologian, I spend hours in the seemingly futile attempt of comprehending the incomprehensible, imagining the unimaginable and visualizing the invisible. As a pastor though, I must attempt to connect that contemplation of the eternal to the grueling reality of life. In times like these, many, especially theologians, ask, “Why did God allow such a horrible thing to happen?”

Theodicy, or what many call the problem of evil, has no easy answers, if many at all. This question is indeed a dilemma. But may I give you the advice I give to my students and parishioners? When you face a theological question that you don’t know (I would dare to say can’t know), start with what you do know.

A long time ago, there was another massacre of innocent children that had much in common with the most recent tragedy. A madman and megalomaniac, misnamed Herod the Great, slaughtered toddler and infant boys in the off-chance of killing one named Jesus. Only a few decades later, this same Jesus was targeted again. Though his innocence was undeniable, his purity beyond disbelief, and his divinity clearly demonstrated, God the Father allowed evil men to commit the greatest injustice and most insidious act in history. Where was God then? Why did the Father allow his only son to be subjugated to this, a son who was even more innocent than those defenseless children at Stony Brook?

You already know the answer to that question, don’t you? You know that Jesus had to die because of love. Sadly, because we have heard Sunday School answers all of our lives, we forget the theological difficulty with which the answer is framed.

Philosophically, a question like, “Why does a just God allow good things to happen to sinners?” is just as difficult as the opposite questions we pose. Why don’t we regularly wrestle with why a just God allows beauty in an ugly world, or why grace exists when sin abounds?

Where are the media pundits asking those questions in times of peace and harmony? In my opinion we rarely ask that question because we already know the answer, even though the answer is quite difficult.

The question of why God allowed the tragedies in Newtown, Conn., or my hometown of Littleton, Colo., (among too many others) is really a similar question as why God allowed the tragedies of Bethlehem or Jerusalem. They are merely opposite sides of the same theological coin. Before asking “Where was God in all of this?” and “Why would he allow such a thing to happen?” ask yourself the equally difficult question, “Why did God allow Jesus to die?” I encourage you to read 1 John 4:8-10, written by a man who personally witnessed the slaughter of someone infinitely innocent. Start with that; start with what you know; start with love; start with Jesus.

The Rev. Brett Williams is the pastor of Grace Baptist Church in Austin.