Albert Lea woman honored for work in an Austin classroom 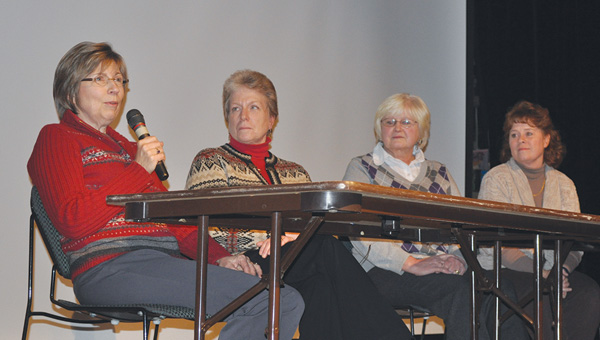 Jennifer Harves makes sure students feel included in her classroom every day. 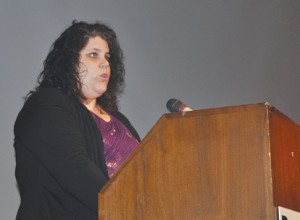 Jennifer Harves speaks on the importance of including residents with Autism Spectrum Disorders in the community at the Austin Human Rights Commission's Martin Luther King Jr. Celebration Monday night. Harves is the 2012 Human Rights Award winner.

“I think Martin Luther King was not about just race, he was about equality,” Baskin, who nominated Harves for the award, said. “I just thought about all the things she does to really make people aware of the abilities of people with disabilities.”

Harves is active in the community, working with people who have autism spectrum disorder since 1999. She serves on the Austin Public Schools ASD team, and her classroom is a pilot site for the National Professional Development Center on autism spectrum disorders. In addition, she’s volunteered at the Circle of Friends Day Camp since it started, and has worked on various ways to inform the community about residents with autism.

Harves told the audience she gains just as much as she gives when working with residents.

“Children with ASDs have taught me so much,” Harves said.

Harves wasn’t the only one to extol volunteerism at the event, however.

Representatives from the Community Learning Center, St. John’s Lutheran Church, and Sumner Elementary School were on hand to discuss volunteer opportunities and how the learning center and local initiatives like the Backpack Program make a difference in the community.

“We’re increasing what we’re giving out, and the need is definitely there,” said Sharry Watkins, volunteer at St. John’s Lutheran.

Watkins and other volunteers started to give food and supplies to Sumner Elementary students several years ago, in a backpack to take home during the weekends. Watkins and Wendy Kusick, a Sumner teacher, told the audience the amount of students participating in the program has more than tripled since it started three years ago. In addition to Sumner, various churches and groups have banded together to bring the program to Neveln and Banfield Elementary Schools, as well as the Early Childhood and Family Education program.

At the learning center, residents go through Adult Basic Education courses in order to gain valuable skills to use in the community, whether it be remedial academic courses or parenting classes, according to Baskin and Janice Mino, ABE coordinator.

There are many opportunities to volunteer in Austin, according to HRC officials. Baskin and Mino highlighted a need for tutors and classroom assistants at the learning center, in addition to various scholarship funds for residents in need.