The celebration of life for Cherri G Bergland will be at 10:30 a.m. Saturday at Vibrant Life Assembly of God Church in Ellendale. The Rev. Patrick Stitt will officiate. Visitation will be from 9 to 10:30 a.m. at the church, and interment will be in the Berlin Cemetery. 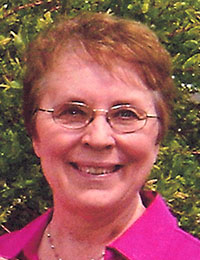 Cherri was born on Feb. 22, 1949, in Owatonna, to Joe and Terrence (Erickson) Anderson. She attended Ellendale-Geneva School. On May 24, 1969, she was united in marriage to Robert “Bob” Bergland. They raised two children on the Anderson family farm, which the two took great pride in maintaining. Together Bob and Cherri owned and operated Bob Bergland Excavating.

Cherri was a member of Vibrant Life Assembly of God church in Ellendale, where she was actively involved. Her faith made her who she was, sharing God’s love with anyone who needed it. She had a passion for travel, taking many trips with her family. She enjoyed plays and musicals, snorkeling, four wheeling and going up north. She was a proud grandma who loved spending time with her granddaughter and watching her cheerlead.