Judy Mae (Schaub) Andersen, 65, of Winton, passed away unexpectedly on Sunday, Dec. 30, 2012, at the Rio Grande Regional Hospital in McAllen, Texas, from complications of pneumonia.

Funeral service will be at 1:30 p.m. Saturday at Round Prairie Lutheran Church, 12881 75th Street, Glenville, with the Rev. Kent A. Otterman officiating. 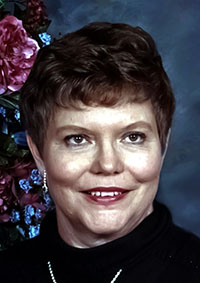 Visitation will be at the church from noon until the service time on Saturday.

Her body will be cremated and the family will have a private ceremony at a later date.

Judy Mae (Schaub) Andersen was born on June 23, 1947, in Albert Lea, to Robert and Donna Schaub. She graduated from Austin Senior High School in 1965 and attended Austin Community College before meeting Roland Andersen of Glenville, at the roller-skating rink in Brownsdale. After a brief courtship, they married on April 15, 1966, and raised three daughters in Austin.

Judy returned to college later in life and completed her associate’s degree at Austin Community College in 1987, where on occasion she found herself in class with two of her daughters, and even her mother once. Judy and Roland later retired to Roland’s family farm near Glenville and started spending the winter months in Mission, Texas. They eventually settled into life in northern Minnesota where they built a home on beautiful Fall Lake, watching the eagles soar and listening to the call of the loons. Judy enjoyed the scenic view of the lake while reading from her favorite chair and during her treasured pontoon rides with many different family and friends.

Throughout her life, traveling the United States was a favorite pastime, as was getting together with their many family and friends to play games and visit.

She is survived by her parents, Bob and Donna Schaub, and her loving husband, Roland, whom she was married to for 46 years. They had three daughters: Tammie Andersen (Mike Smith) of Sanibel, Fla., Tonya (Doug) Simpson of Eau Claire, Wis., and Nikki Caliri (Brian Arnold) of Winton. She felt blessed to have six grandchildren: Austin Andersen, Madeline and Andrew Simpson, and Sam, Jacob and David Caliri. She also had two siblings: Gene (Barb) Schaub and Alan (Bernadette) Schaub. She enjoyed spending time with her many nieces, nephews, cousins, in-laws and friends.

She will be sadly missed by her family and friends.

She is soaring with the eagles now.

You can contact the family with online condolences at www.mittelstadtfuneralhome.com or by calling 641-592-0221.