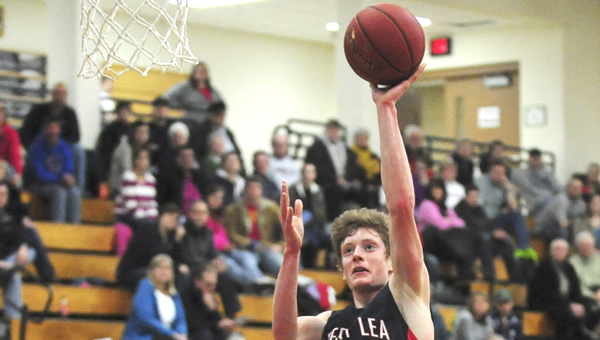 The Albert Lea boys’ basketball team fell 59-43 to Winona on Friday, as both teams bucked the recent trend.

“All the credit has to go to Winona,” Albert Lea head coach Lucas Kreuscher said. “They came ready to play from the start. They did a great job of guarding us, spacing the floor and moving the ball.”

However, Winona had to withstand multiple runs by the Tigers.

The Winhawks bolted to an early lead with strong three-point shooting. But, Albert Lea fought back to tie the game at 16.

After the tie, Winona went on an 8-0 run. Albert Lea cut into its deficit to two points with a three-point play by Dylan See-Rockers.

Then an odd thing happened. Winona was in the bonus and Tesloch Kuey stepped to the free throw line for a 1-and-1.

The shot missed, but no one moved. That is, no one except Cody Scherff. He snagged the rebound and made the uncontested bunny shot to tie the game at 26.

After a Winona score, Albert Lea took a 29-28 lead on a 3-pointer by Jorge Sena with about 30 seconds remaining.

The Winhawks tied the game with less than two seconds to go into the locker room knotted at 29.

In the second half, Albert Lea took the lead back on a dish from See-Rockers to Miles Erdman (31-30).

However, a barrage of 3-pointers by Winona took the air out of the Tigers’ sails, as the Winhawks built a seven-point lead.

The Tigers fought back again, this time with consecutive baskets by Scherff, cutting Albert Lea’s deficit to three points.

Winona caught fire from beyond the arc and pushed its lead to double digits. 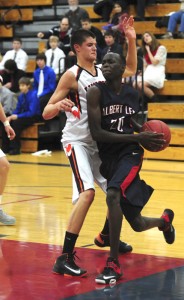 Tesloch Kuey drives to the basket for Albert Lea against Winona. Kuey is a junior forward for the Tigers. -- Micah Bader/Albert Lea Tribune

Despite the use of a full-court press, the Tigers were unable to rally again.

“I told the guys that it wasn’t a good mental game for us,” Kreuscher said. “We’re better than this.”

With the loss, the Tigers fall to 8-5. However, Albert Lea has won six of its last eight games.

The Winhawks improve to 7-9. Winona is 2-6 in its last eight games.

The Rockets are coming off a three-point loss to Austin after starting the season 12-2.