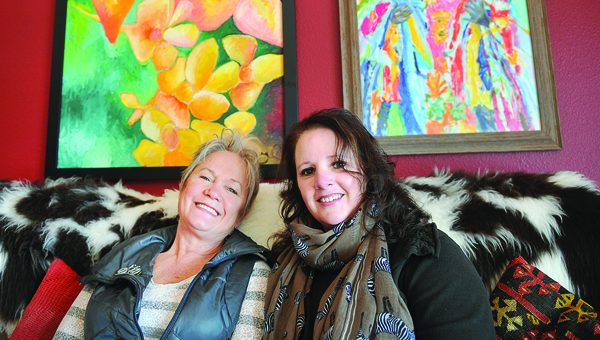 Lynn Cunningham is glad to see Helen Jahr receive a Freeborn-Mower County Red Cross award today. After all, Jahr is the reason why Cunningham is still alive.

Jahr identified signs that Cunningham was having a heart attack one late September day in 2011, driving her to the emergency room where Cunningham would stay for several days.

The day Cunningham had a heart attack wasn’t so wonderful, however. At 61 years old, Cunningham was still jogging, biking and keeping as active as ever, and she had just picked up yoga classes. Earlier that morning, she thought she hurt her hands going through various yoga poses. Her hands still throbbed with pain that afternoon when her and Jahr went out for a five-mile run.

“I was cursing my yoga teacher going, ‘she made me hyperextend my hand,’” Cunningham said.

“That threw up a red flag,” Jahr said. “She was commenting on how out of shape she was feeling, yet she hadn’t broken pace.”

Jahr said eventually Cunningham was trying to run while elevating her hands, and Jahr wanted to flag someone down for help by the time they came close to Cunningham’s home.

“We got to her house, and she said man, my thumbs just really hurt, and I said, ‘OK, lets wrap your thumbs in an ice pack,’” Jahr said.

Cunningham didn’t think her hands hurting were that serious, but she eventually found out that sort of pain can signal a heart attack in women.

“Helen, she zeroed in on extremely unusual symptoms,” Cunningham said. “The public doesn’t know that. We know what [symptoms] men have, but women are far different.”

Jahr noted the time they came back to the house, as well as when Cunningham’s symptoms worsened. She went to get some aspirin for Cunningham, who was busy trying to ice her thumbs.

Eventually Jahr convinced Cunningham to go, and the two were at Mayo Clinic Health System in Austin inside of an hour from when Cunningham complained to Jahr on their run.

Cunningham’s bloodwork didn’t initially show a heart attack, but doctors kept her overnight, eventually finding the signs they were looking for. Once Cunningham went to St. Marys Hospital in Rochester, doctors told her they found a 99 percent blockage in one of her major arteries and put two stents in her heart.

Cunningham is still going through cardiac rehab, and is still as active as ever, though she did say she’s not up to 100 percent as a 63-year-old today.

Jahr, a certified Red Cross First Aid/CPR/AED instructor, will receive the Certificate of Merit at 1 p.m. today, the highest award given by the American Red Cross to a person or a group of people who saves someone’s life using skills taught by the Red Cross.

“I’m definitely honored,” Jahr said. “I’m honored by that, and I’m happy for Lynn, because I know that this was a huge episode in her life.”