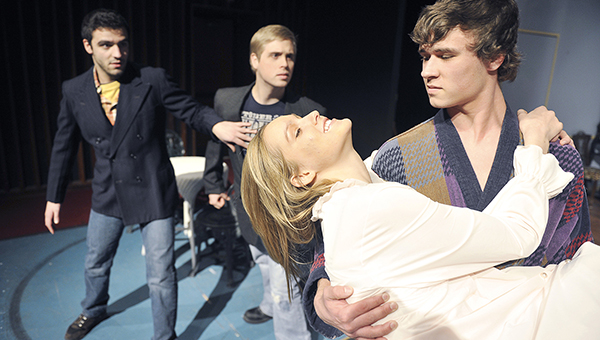 An Albert Lea resident is making his acting debut in the upcoming show “The Philadelphia Story” at Riverland Community College. 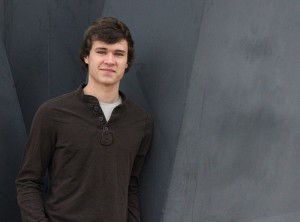 Dyllan Engebretson, 19, is from Albert Lea and will participate in Riverland Community College’s upcoming production of “The Philadelphia Story.” — Kelli Lageson/Albert Lea Tribune

Dyllan Engebretson, 19, plays the society reporter, and even though he hasn’t acted professionally before he’s excited about the opportunity.

“I would have been glad to get any part,” Engebretson said.

He tried out on a whim with friend, Tiago Ferreira, and they both received starring roles in the show. The classic romantic comedy follows Tracy Lord, played by Michelle Adele Possin, on the eve of her wedding. Engebretson said the show is somewhat of a love triangle between Possin’s character and her ex-husband and fiance. 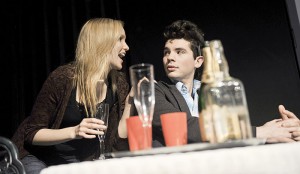 “There’s some drama to it but it’s more comedic,” Engebretson said.

He guessed the show would appeal to older audiences with all its references to other classic shows. The cast received their scripts over winter break, and Engebretson said they’ve been rehearsing together for the last month. “The Philadelphia Story” debuts at 7:30 p.m. Feb. 28. Following shows are at 7:30 p.m. March 1 and March 2, and a 2 p.m. matinee on March 3. All shows are at the Frank W. Bridges Theatre at 1900 Eighth Ave. NW in Austin.

The Albert Lea High School graduate is looking forward to opening night. It will be his first, since he wasn’t in any plays or productions in high school.

“I was busy with sports, work and hunting,” Engebretson said.

Now he’s finishing up the last few credits he needs to get his associate’s degree from Riverland. From there he’s not completely sure, but he either wants to get a degree in small business management or construction management. Right now he works for Rasmussen Contracting and Bachtle Construction.

“I like it,” Engebretson said. “It’s a good atmosphere.”

He’s also enjoying his time at Riverland and how there are different age groups of students, which brings different viewpoints.