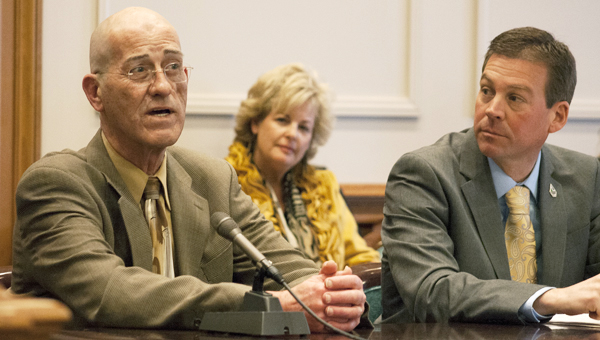 Speaking in front of the Senate Environment, Economic Development and Agriculture Committee, the leaders said the project will not only increase economic development for Albert Lea, but for the state as well.

“State funding for this project will benefit the state through increased tourism spending, strengthening the economy of southern Minnesota and helping to attract businesses to the city of Albert Lea,” said District 27 Sen. Dan Sparks, DFL-Austin, who presented the bill. 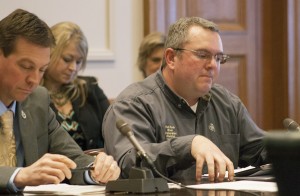 The dredging project has been gaining momentum since the Shell Rock River Watershed District last fall purchased a 2010 IMS 7012 HP 51-foot Versi hydraulic dredge for about $340,000, along with the pipes, pumping and other equipment necessary to pump the dredge material away from the lake for $435,000.

Earlier this month, the district’s board of managers approved first-phase engineering services by Barr Engineering Co. of Minneapolis.

The entire dredging project is estimated to cost $15 million, with half of the cost coming through a local option sales tax.

“This project is ready to go this year,” said Project Manager Andy Henschel. According to a fact sheet presented to the committee, Fountain Lake’s water clarity in the summer has been only 1.5 feet during the past 10 years — which is below the Minnesota Pollution Control Agency’s standard.

In 2008, the lake was even included on the state’s impaired waters list.

While the district’s prior efforts to improve water quality on the lake have helped, overall phosphorous levels remain high, the fact sheet stated.

Laura Lunde, chairwoman of the Lakes Foundation of Albert Lea, said the project needs to be completed to restore the lake.

Randy Kehr, executive director of the Albert Lea-Freeborn County Chamber of Commerce, talked of personal tours he has given to physicians looking to move to Albert Lea. He said the lake is a significant part of the quality of life in the city.

“While the watershed has made great progress, we need to take that future step,” Kehr said.

Henschel said the lake is currently 3 to 12 feet deep, and it is unclear at this point how deep the lake will be after the dredging.

Dredging, sludge storage and disposal are estimated to cost between $12 and $18 per cubic card of sediment removed. About 1 million cubic yards are estimated.

Henschel said the lake doesn’t naturally turn over on its own because of its depth. 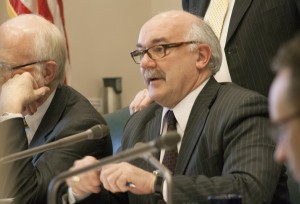 The comments were accompanied by 10 letters of support from various organizations in Albert Lea or others who are promoters of the lake restoration: the Albert Lea-Freeborn County Chamber of Commerce, the Albert Lea Convention and Visitors Bureau, Mayo Clinic Health System in Albert Lea and Austin, the city of Albert Lea, the Albert Lea Downtown Association, the Fountain Lake Sportsmen’s Club, The Outdoor News, “Fishing the Midwest,” Albert Lea Community Education and the Pelican Breeze Foundation.

Mark Ciota, CEO of Mayo Clinic Health System in Albert Lea and Austin, wrote that he believes that the quality of water in and around Albert Lea directly impacts the community’s quality of life.

“The quality in the entire watershed district also serves as a recruitment and retention benefit as we seek to recruit and retain highly qualified individuals for our business,” Ciota wrote.

Glen Schmidt, a writer of The Outdoor News, a Minnesota-based publication, described Fountain Lake as a “centerpiece” of the region.

“It is one of the most beautiful, historic, fishing and vacation-rich parts this wonderful state of ours has to offer,” Schmidt wrote.

“The potential Fountain Lake has for this community and southern Minnesota is just beginning to be scratched,” Chalmers wrote.

Watershed District Administrator Brett Behnke said he thought the Wednesday hearing went well, noting the questions from the committee and the community support the project received.

“Depending on our revenue forecast, I’m optimistic they will include our project because they have support our lake in the past,” Kehr added. “Our lake is our showpiece. It really does drive business.”

This is the third time officials from the Shell Rock River Watershed District and the community have asked for state funding for the project.

The bonding request will be heard in the House Environment, Natural Resources and Agriculture Committee in the next few weeks, where District 27A Rep. Shannon Savick, DFL-Wells, has authored a companion bill.