Memorial services for DeWain Arthur Nelson, 82, of Albert Lea, will be at 11 a.m. Saturday at Zion Lutheran Church. The Rev. Joel Vano will officiate. Interment will be in Graceland Cemetery at a later date. Military honors are to be accorded by the Albert Lea VFW and the American Legion. Visitation will be from 4 to 7 p.m. Friday at the Bayview/Freeborn Funeral Home and one hour prior to the service at the church on Saturday. Online condolences are welcome at www.bayviewfuneral.com. 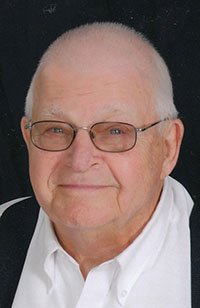 DeWain Arthur Nelson was born on Nov. 4, 1930, in Redwood Falls, to Arthur and Lillian Nelson and was baptized on Nov. 23 in the Lutheran Church. He spent his early years in Winnebago, where his dad owned a bakery. He played the cornet in the elementary school band. During World War II, DeWain moved with his family to Vanport, Ore., where his parents found employment in the shipyards. He was confirmed in 1944 while still living in Vanport. After the war he returned to Minnesota with his parents to live in Blue Earth. As a ninth-grader, DeWain attended Bethany College (high school). He graduated in 1948 from Blue Earth High School.

DeWain served his country during the Korean War in the U.S. Navy, and also served in the local National Guard from 1968-1970. After his honorable discharge from the Navy in 1952, he lived and worked in the Blue Earth area. There he met his future wife, Elaine Nagel, who was teaching in the Blue Earth public schools. They were married Aug. 1, 1954. DeWain attended Commercial College in Mankato where he earned his junior accounting degree. They moved to Albert Lea in 1955 so he could work in the office at Wilson & Co. DeWain worked there for 20 years and then became employed as a custodian for the Albert Lea School District and the vocational school. He retired in 1992.

DeWain has been an active member of Zion Lutheran Church since 1955. He loved to go hunting, camping and fishing. In the 1960s he taught gun safety to 12-year-olds. He was a life member of the local VFW and the American Legion posts. He is the past commander of the VFW Post 447 and earned the honor of all state commander in 1969.

DeWain was preceded in death by his father Arthur Nelson, his mother Lillian Nelson Hacklander, an infant son Douglas Dwight, his stepfather Delos Hacklander, brother-in-law Howard Cordes, his grandparents and many aunts and uncles.