There seem to be two schools of thought about President Obama’s decision to use military drone aircraft to execute Americans who are involved in terrorism activities abroad. 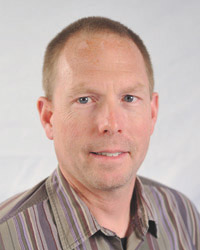 One mindset has it that anyone who helps out al-Qaida or the like pretty much ought to expect the worst. The other mindset is: Hey, these are Americans. Doesn’t the Constitution protect them from summary execution?

The latter group includes some who are outraged, pure and simple, about Americans killing Americans without due process. It also includes a large number who see these exploratory killings as a slippery slope. If the president can justify obliterating Americans from the skies over Yemen, what’s to stop him — or his successors — from moving on to potshots at Americans anywhere whom the government has tried and convicted in absentia?

All of this comes up because the White House has, after months of badgering by the media and Congress, agreed to share the legal reasoning on which it bases its decision to conduct summary executions. As the language of the foregoing sentence might suggest, I suspect the legal opinion, if it ever becomes public, will be quite the demonstration of how legal scholars can bend the Constitution to allow the government to do whatever it pleases.

Still, I’m not too worried my government is going to slide quickly down that slippery slope and start gunning suspected terrorists (or bank robbers or tax cheats) from the skies of Minnesota. What I’m worried about is what will happen when our nation’s enemies decide they want to be just like America.

A reality of technology is it unavoidably spreads. As evidence, consider that Pakistan is a nuclear state and even North Korea may have its own nukes.

It is not too much of a stretch to suspect these same countries and many, many more are feverishly constructing their own drone air forces, modeled on the United States’ weapons. Building a drone — which is, after all, not much more than a super-sophisticated model airplane — is incomparably simpler than splitting the atom and delivering its energy on time and on target.

In other words, everyone is going to have drones pretty soon.

And what is the United States going to do when some rinky-dink dictator decides it’s OK to fly a couple of drones around the American East Coast and take down political figures his regime labels as terrorists? Heck, if the United States believes it’s OK to drone-blast suspected terrorists on foreign soil, and even use the same technology to kill Americans, it’s going to be tough to object when others do the same.

I’m sure lots of smart military people are working on our drone defense right now, which is comforting. Maybe those defenses will be as effective as our nuclear shield was believed to be.

It’s once again a good reason to be living in the middle of the continent, in a small town nobody is going to bother to attack.

Safety gadgets are good business, and not much more

A San Jose (Calif.) Mercury News reporter wrote a story earlier this week about technology gadgets on display at the Macworld exposition that will, supposedly, keep folks connected and safe in an emergency situation. These ranged from a sort-of-portable solar grid for powering cell phones to a battery powered UV light pen that will sterilize a glass of water.

What worries me about all these gadgets is they convey a false sense of security. Batteries eventually fail. In a real emergency, cellphone grids will go down. Any safety technology much more complicated than a flashlight or a match offers only illusory safety.

Gadgets that appeal to Americans’ fears about safety and security is good business. But the best emergency preparations are physical fitness, planning and a few basic tools.

Love yourself regardless of your body size