A former Albert Lea resident was killed in a car crash Monday morning during blizzard conditions on Interstate 94 near Barnesville. 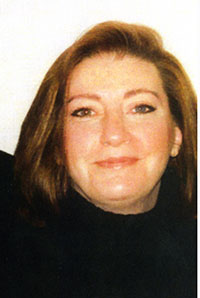 Judith Reid, a 1982 Albert Lea High School graduate, was reportedly killed in a four-vehicle crash, along with her boyfriend Sean Ray, 49, both of Minnetonka.

The Minnesota State Patrol stated visibility was at or near zero when the crashed occurred at about 11:30 a.m. Monday on westbound I-94.

Investigators said Reid was trying to pass between a semi on the left and a snowplow on the right shoulder when her vehicle struck both trucks, stalled and then was hit by a pickup from behind.

Reid’s mother, Jane, of Albert Lea, said the group was on their way to a funeral for Sean Ray’s father, Tim Ray, an artist who taught for several years at Minnesota State University, Moorhead. They were less than 30 miles from their destination.

Jane described her daughter as a compassionate person, who was a true friend to all of her acquaintances.

Judith had worked at Medica for five years helping special needs clients and had a balcony full of flowers, vegetables and herbs outside of her apartment, her mother said.

Judith and Seasn Ray made regular weekend trips to Albert Lea to help Jane with different parts of building a new shed.

Her mother said her daughter recently enjoyed coming back to Albert Lea for her 30-year class reunion.