The Rev. James Kassera will officiate. Friends may visit with family one hour before services at the funeral home. Interment will be in Graceland Cemetery at a later date. 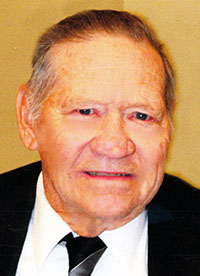 He was born on May 7, 1928, in Roundup, Mont., the son of Charles A. and Carrie (Heine) Green. He grew up and graduated from high school in Roundup.

They made their home in Albert Lea and he worked for Streater for more than 30 years before retiring. He enjoyed fishing, hunting, fixing odds and ends, sitting on the back deck enjoying the sunshine and drinking iced tea.

Harry would love it when his grandkids and great-grandkids came over to see him. He lived life to the fullest.

He will be sadly missed by many family and friends.