Hart Bros. Weaponry in Albert Lea is not going out of business, but once it sells out of its supply of firearms, it won’t be selling them anymore.

That could take 18 to 24 months, said owners Milan and Elaine Hart.

“This isn’t the way it was supposed to go,” Milan said. 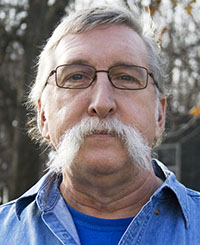 A Bureau of Alcohol, Tobacco and Firearms audit started in 2011, and last summer Milan and Elaine had entered a revocation hearing, and the judgment went against them. They plan to surrender their federal firearms license, the Harts said, on March 9. If they don’t surrender it, the ATF will revoke the license anyway.

She opted against describing the case details but wanted the public to know no serious errors, such as missing inventory, took place. She said the case was based on paperwork mistakes.

Milan and Elaine could appeal in the U.S. District Court. Elaine said they decided against an appeal because they are tired of the legal system and have spent much on lawyers already.

Milan said the situation is troublesome as he is 59 and hadn’t planned on retiring from selling guns until 70. He said the ATF has taken a firmer view on paperwork over the last 10 years and that has affected many small gun shops. His statement matches what many bloggers have noted. He said their company even had one audit that took four years.

Their company presently is receiving wholesale firearms and selling them retail, but after March 9 they only will be able to sell what they have in stock and cannot receive firearms as a company.

Hart Bros. Weaponry, 18322 U.S. Highway 69, is the highest volume independent dealer in Minnesota, a fact Milan Hart said the ATF told him. Hart Bros. sells 5,000 to 7,000 guns a year and has been in business since 1977. It gets its name because originally Milan and his brother were to enter the business, but it ended up being Milan and his wife. The business name stayed the same, though. Their son now operates a Hart Bros. Weaponry firearms store in Mason City, but it is a separate company and will continue selling guns as usual.

Milan said once he has sold the firearms in the store he hopes to still sell ammunition, gun parts, supplies, accessories and archery goods. He is considering whether to offer classes and to arrange hunting trips. He plans to continue his Rare Eagle Coin Co., and he plans to charge for guns appraisals.