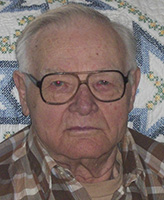 He was born on Dec. 4, 1928, in Buckingham County, Virginia, the son of John and Maude (Scott) Banton. Punchy as he was known, graduated from Buckingham County High School and continued on to Randolf Baker College on a baseball scholarship.

He worked in Lynchburg, Va., for a few years, and then entered the Brooklyn Dodgers chain as a professional pitcher. He played until 1956 in the Dodger chain. He continued playing baseball in Elmira, N.Y., Fort Worth, Texas, and Pueblo, Colo., then coming to Fairmont to play with the Southern Mini’s. It was in Fairmont that he met Norma Tow. They were married on Jan. 25, 1959, in Fairmont.

He managed Northrop Municipal Liquor for a few years and then in 1961, he and brother-in-law Raymond Tow purchased Harley’s Liquor in Albert Lea. Herb loved hunting, fishing, golfing and all sports.