Kenneth Gerhard Ofstedal, 67, of Albert Lea, passed away Wednesday, Feb. 20, 2013, at Mayo Clinic Health System in Albert Lea, following a very short battle with cancer. According to his wishes there will be no service held. Online condolences are welcome at www.bayviewfuneral.com. 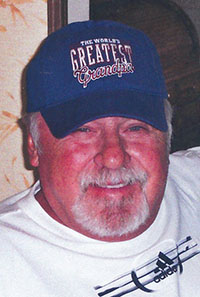 Kenneth Gerhard Ofstedal was born on Dec. 19, 1945, in Albert Lea, the son of Gerhard and Blanche (Pike) Ofstedal. Ken grew up in Albert Lea, graduating from Albert Lea High School in 1964. He served his country in the U.S. Navy from 1965 to 1969. Ken was united in marriage to MaryAnn Collyer in Malden, Mass. They moved back to Albert Lea where he resumed his employment with the Chicago Northwestern Railroad which later became the Union Pacific. He retired in August of 2009, as a conductor, after 45 years of service. He was a member of the American Legion. Ken loved spending time with his grandchildren and caring for his puppies Sophia and Keiffer. He loved being outside whether it was working around his home or his job with the railroad.

Ken was preceded in death by his parents and his sisters Donna M. Johnson, Beverly Malepsy and Lynette Crump.