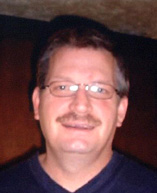 According to his wishes cremation has taken place.

The family would like to suggest that those wishing to give a memorial in his memory, may direct them to the family.

Conner Colonial Chapel, 1008 S. First Ave., in Northwood, is in charge of the arrangements.

Kevin Lee Klitzke was born on Feb. 10, 1963, in Mason City, the son of Kenneth and Elaine (Oakland) Klitzke. Kevin was baptized and reaffirmed the faith of his baptism through confirmation at the First Lutheran Church in Northwood. He attended Northwood-Kensett Community School and graduated in 1981. Kevin worked as a welder for Winnebago Industries in Forest City, Iowa, ADA Corporation in Northwood and Graham Manufacturing in Mason City.

He was a member of First Lutheran Church in Northwood.

Left to cherish his memory are his children, Brad (Bobbi) Logeman of Kensett, Iowa, Brian (Ginny) Klitzke of Des Moines and Cassie Klitzke of Grinnell, Iowa; his mother and father, Elaine and Jim Hill of Northwood; his step-mother, Florence Klitzke of Northwood; grandchildren, Emma, Dalton and Harley Logeman of Kensett, Iowa, and Kenneth Klitzke of Des Moines; two brothers, Larry Klitzke of Northwood and David Klitzke and Ann Fuller; niece and nephew, Nicole and Joseph of Maple Grove; stepsisters, Linda (Mike) Reberry of Littleton, Colo., and Wendy (Doug) McMullen of Spencer, Iowa; stepbrothers, Larry (Karen) Foley of Northwood and Ruben (Kari) Foley of Minneapolis; as well as other special nieces, nephews and many other extended family members and friends.

Kevin was preceded in death by his father, Kenneth Klitzke.