Medallion hunt is under way 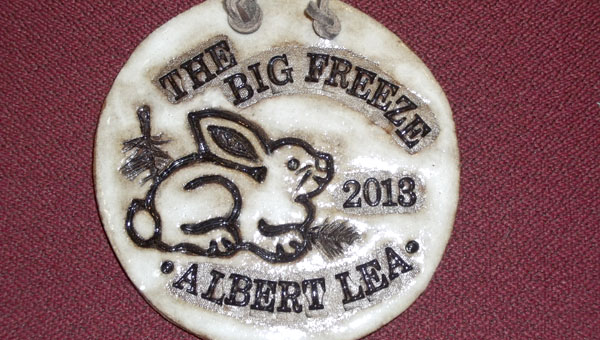 The medallion is hidden,

But not in a tree.

It lies in a park

But don’t wear a frown.

The Albert Lea-Freeborn County Chamber of Commerce is pleased to sponsor the fourth annual Big Freeze Medallion Hunt. The medallion is a buildup to the Big Freeze winter festival scheduled for Saturday. The medallion itself was again created by local artists Jack and Eloise Adams.