If anybody thinks that their life is bad, they should come to one of the orphanages in my hometown of Irkutsk, Russia. When you go in, you see about 100 eyes staring at you. These children are not guilty that they were born, and they can be happy with only 10 percent of the life that you have. 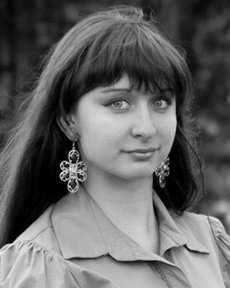 There are two main reasons why this law came out:

First of all, Dima Yakovlev’s law was a Russian answer to the American Sergey Magnitsky Rule of Law Accountability Act. The Russian government decided that if the United States wouldn’t let Russian officials come to their country, they will not give children to American people.

The second point was a story about Dima Yakovlev, as this law was made in his memory. In February 2008, Dima Yakovlev was adopted by Miles and Lynn Harrison of Virginia. In July 2008, he died. Miles Harrison forgot Dima in the car for nine hours. He was sure that he dropped off his kid in the kindergarten. It was about 90 degrees outside. When Miles came back to the car, Dima was dead.

This story was the beginning of the law. Does the Russian government think that Americans adopt children just to get special bonuses and then quietly kill them? It doesn’t really go well with the logic. Then why do they pay a big sum of money for every child? American people want to give children something they’ve never had. They want to give them family. Right now, kids who were going to have an American family and were packing all their clothes and toys away, dreaming about new life, lost their hope. All their dreams were going to come true but some guys from the government decided to ruin it.

Miles Harrison said after his trial: “I pray for forgiveness from the Russian people. There are good people in this country who deserve children, and there are children in Russia who need parents. Please don’t punish everyone for my mistake.” But they did punish everyone. They punished the Russian children who are waiting for their new parents to come. And it doesn’t matter to the kids if their parents are Russian or American, old or young, have a big house or a small apartment. Children want to have something they could never have. They are ready for everything to have a family.

One day after New Year’s Eve, I was watching Russian news, and there was a part about volunteers who came in to the orphanage in Moscow to give kids presents and play with them. The orphanage was completely full. Children were telling volunteers what they wished for.

One 7-year-old girl said: “I can’t tell you or it will not come true. It is not something you can play with or something you can take. It is something nobody has here.” A 3-year-old boy said that he wanted to celebrate his next Christmas with his mom and dad.

Children shouldn’t suffer from arguments between people they don’t know. Moreover, no one from the Russian government adopts a child. People think about their own arguments, but not about our future. And our future is in these poor kids.

Right now there are revolts in Moscow and other countries. People go outside with American flags and big posters, saying that this law is a mistake. That’s what people think in Russia. That’s what people think in America. Everybody tries to cancel the law, but the government says no. They don’t see that orphanages are full; they don’t see that any family for these children will be perfect. People in government are successful and they, fortunately, have never seen how life in the orphanage looks like.

I’ve seen it when I was helping there. You can never come back home without crying. When you see their eyes and their hope you want to tear your heart apart and give every child a little bit of love that they’ve never had.

Orphanage workers will never substitute for parents. An orphanage will never be a true home. These children are extremely strong. The worst thing is when they had parents, but something happened and they ended up living without them. In this situation kids have seen love and tenderness. If kids were growing up in the orphanage, they’ve never known it. They’ve heard about it, they’ve seen it in the movies, but they’ve never felt it. It makes them stronger. Their hearts are opened for these new emotions.

Their life will never be like our routine life. They don’t have all the chances we have; they don’t have all the choices we have. I had a chance to make my dream come true. I was dreaming about coming to the U.S. for a long time, and I was trying to achieve this aim. I had a chance to do it, I was working on it, and I know that a big part in this achievement was my parents’ support. I am lucky to have people who will always be with me and who will always share their love with me. These children don’t have it, the only thing they have is a hope. Now thousands of children can never make their dreams come true.

Kristina Makarenko is a foreign exchange student from Russia living with a host family in Blooming Prairie.