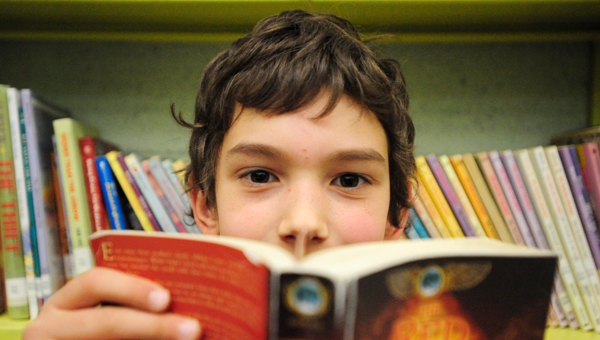 The spelling bee at St. Theodore took place Jan. 31 between the fifth- and sixth-grade classes.

It came down to Isaac and Timothy Kreun, a sixth grader.

“I was sort of scared,” Isaac said. “I was still confident, though.” 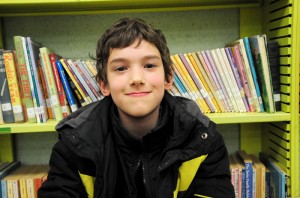 Harveaux said he didn’t really study for the spelling bee and he didn’t have any tricks to help him remember words, he just simply spelled them.

Isaac’s dad, Chris, said he has learned a lot of unusual words because he reads so much and at a much higher level than most kids his age.

According to Chris, when Isaac was in the third grade he was reading at an eighth-grade level.

Chris said he and his wife, Ann, are proud of Isaac for winning at his school and advancing to regionals.

“He’s probably the most proud, though, that he’s going and his siblings aren’t,” Chris said.

Chris said they both competed in spelling bees when they were younger but never advanced to the regional level.

They are, however, the reason that Isaac reads books at a higher level than many of his peers.

Chris said Andie and Eli would talk about things they would read and it made Isaac curious so he started reading them, too.

Isaac reads about five short books a week or one chapter book every couple of weeks usually when he’s riding the bus to and from school.

“Books are interesting,” Isaac said. “And, you can learn interesting things.”

His genres of choice are usually action, adventure or fantasy.

When he comes across a tough word Isaac said he doesn’t usually look it up, but does reread the sentence and use the context clues to figure out what it means.

Besides books Isaac takes care of chickens at home and enjoys the outdoors, plants and animals and is a Cub Scout who this month will become a Boy Scout. He some day hopes to be a marine biologist.

In preparation for the regionals today, Isaac planned to read more and maybe look at a dictionary, too.

Isaac said he will probably be nervous, but he’s looking forward to what the awards will be and to see the competition.

The regional spelling bee takes place at Southeast Service Cooperative in Rochester. Isaac will compete against 26 other students at 1 p.m. today. He is the only one from St. Theodore Catholic School to advance.

The top six spellers from each session will advance to the finals that will take place Feb. 26.